We have a second screen problem. The TV may have the largest display in the house, but it fails to consistently hold our attention even during engaging content, let alone commercial breaks. Cable and satellite companies have tried to respond to this phenomenon by releasing companion apps that place their content on both screens at once. Unfortunately, these apps typically aren't that good. The DIRECTV Android app was completely revamped not too long ago, but already a new update is available that changes things around a bit.

Voice Search is everywhere these days. Google's expanding its Search app to pull contact information, Glass is controlled via voice commands, and iOS's Siri is now integrated with the Chevrolet Sonic. With the latest update to the DIRECTV app, customers can now use voice search to find out what's on television. 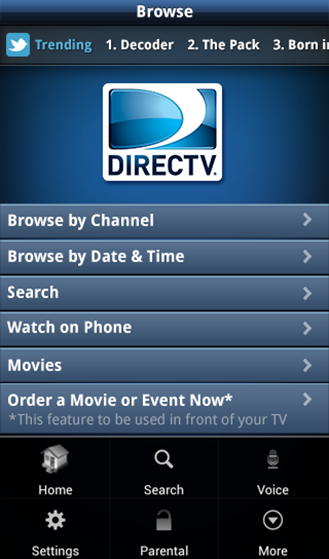 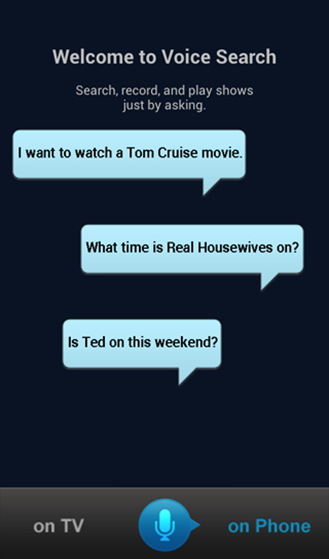 What's new in this version:

Hey, are you a DIRECTV customer? Do you own an Android tablet? Then I might have some good news for you: DIRECTV just released an app for tablets, and it does all sorts of awesome stuff. You can watch live TV (only some channels!) on your home network, and some (read: fewer) channels from anywhere with an internet connection. You can browse listings, set and control your DVR, and even change the channel on your set top box - this really is an app absolutely busting at the seams with great features.