It disappeared in Developer Preview 2, though, seemingly gone without a trace. As with everything in the System UI Tuner, things are liable to disappear, break, or be removed at any time, so this wasn't entirely a surprise (see David's comment from a few days ago for more info).

It almost goes without saying (though we do say it a lot) that a developer preview is not necessarily an accurate picture of the final product. We're reminded of that today when it comes to the second Android M developer preview. The dark system UI mode that debuted in the first preview is gone in this one, but it's not time to panic yet. 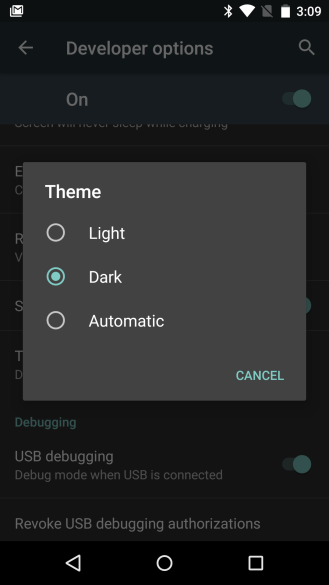 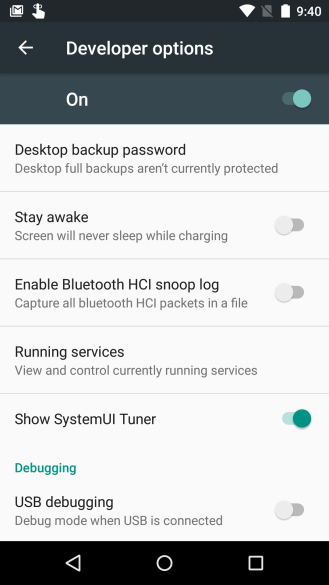 In the last several versions of Android, it was possible to quickly access an app's info screen (in Settings) by popping open the recents menu and long-pressing the app in question. If this is an oft-used feature and you've already updated to Lollipop, then you probably noticed almost immediately that it's seemingly gone in 5.0. That's not actually the case - it's just hidden.

Starting with this release, you must first enable Developer Options (Settings > About device > tap the build number 7 times) before long-pressing a recent app entry will jump into that app's info screen. However, it's still not quite that simple.