Android 2.2 isn't new by any means, but if you're using Dell's five-inch Streak, it looks like you're only now going to receive the update:

Worse still, this only applies to Streaks in the UK - the rest of us will just have to keep holding out. Before you go off to silently pout in a corner, though, there is one more twist to this story - what's actually contained in the update: 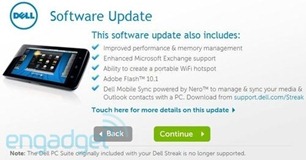 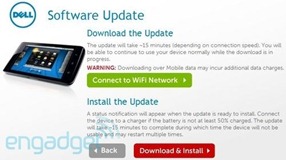 To recap, it looks like Dell will soon be allowing customers to download the update  directly from its website (much like Motorola has done with the Backflip and the Cliq for the update to Éclair), although actually installing the update will wipe all data from the device.

iFixit is at it again - this time, they’ve torn down a Dell Streak. As usual, they’ve provided a ton of pictures and a step-by-step to go with it. Just a quick rehash of the specs: 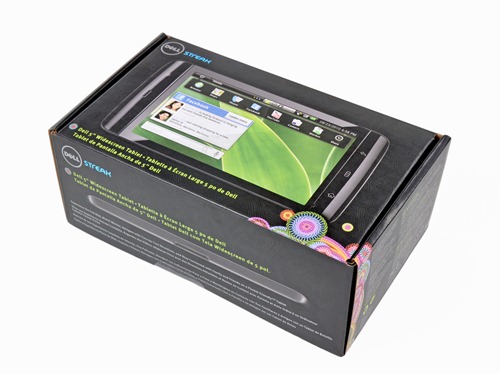 The 15-step teardown (complete with pictures for every step) reveals a whole slew of additional details, and could prove very useful if you ever need to repair the device yourself.

Owners of Dell’s 5” tablet in the UK were lucky to get their hands on a leaked pre-release version of Android 2.1 earlier this week. The hack, however, was only compatible with the O2 version of the device in the UK, so owners of the US counterpart released only 2 days ago on AT&T have been stuck with their new giant babies wearing an ancient 1.6 Donut diaper. To make matters worse, it looks like Dell decided to skip the 2.1 update altogether and go straight for 2.2, delaying the upgrade even longer.

Facebook's new couples app keeps things between you, your partner, and Mark Zuckerberg

As our very own John Thompson said in his hands-on with Dell's Streak, the phone/tablet hybrid has some really nice hardware, like a front-facing camera, a 1 GHz processor, and 512 MB of RAM, but the fact that it runs Android 1.6 is rather disappointing.

Well, the update to Android 2.1 may never see the light of day, as Lionel Menchaca, Dell's official chief blogger, has tweeted the following message, which was just spotted by one of Engadget's tippers:

So there you have it - looks like Dell is scrapping plans to roll out Android 2.1 officially, instead gunning straight for 2.2.

The Dell Streak may have been available in the UK for over two months now, but it’s taken until now to hit the States. Just in case you forgot, here is a roundup of my thoughts on all the features the phone has to offer if you’re thinking of getting yourself a Streak when it’s released tomorrow.

When you first see the Dell Streak on the shelves, you may be confused as to what it’s trying to be.

That Richard Lai fella sure gets all the luck, eh? Not only was Engadget’s London-based editor amongst the first to get to play with a Streak (aka Mini 5), Dell’s impressive 5” Android slate device, he’s now gotten an exclusive look at an early build of Eclair 2.1 running on the “tablet-phone”. While the previously unexpected 1.6 to 2.1 update is intended as a stop-gap measure to reduce the pain of waiting for Froyo, Engadget encountered several new features in their time with the new OS.