Earlier today, we received a few emails from a tipster claiming to be running a build of the much-hyped and hotly anticipated Android 4.4 KitKat. I'll cut straight to the chase – we're pretty sure they're not real.

The photos we were provided show an alleged KitKat home screen, messaging app, dialer app, and "about" screen, each with their own design tweaks that, pretty or not, likely won't be showing up in official Android any time soon. First, let's take an overall look at the shots we received. 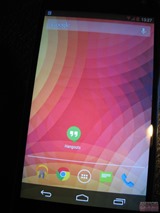 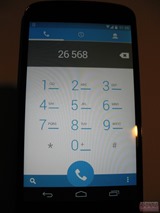 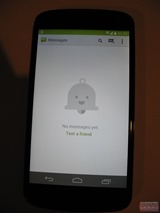 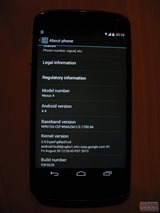 Let's break this down, starting from the left.