It's been a busy year so far for Google's payment platforms, especially since Android Pay, Google Wallet, and Chrome's payment autofill feature were unified under new Google Pay branding. Previous Android Pay functionality is unchanged in the app, which allows you to add payment options from a wide range of banks and credit unions.

Google works on adding support for more institutions all the time, and its latest batch has now been confirmed by the Google Pay Help page for the US. Three new card types for banks already participating are now available for pairing with Google Pay: Synchrony PayPal Mastercards, American Express general purpose prepaid cards, and US Bank corporate cards.

But there's also been a recent report from Focus Taiwan that debit card support is coming to Android Pay as well, and the first bank to have it according to the support page is Chinatrust. Mobile banking is great. You can deposit checks and move money around, all without having to go to a physical bank location. Chase is now adding even more features to its app, including the ability to request new cards when they're lost or stolen and to prevent card blocks when you travel. Generally speaking, a skimmer is a small device used to steal credit/debit card information. Thieves will place them on top of card insertion slots on unwatched payment terminals (example), like those on gas station pumps and outdoor ATMs. When you insert your card, the card passes through the skimmer, which captures the magnetic strip data. Later, the thief will return and collect the recorded data, sometimes allowing them to make purchases using the stolen card information.

As many people can attest, Google hasn't always been particularly quick or consistent to bring wanted–or needed–services to countries outside of the United States. Some have been slower than others, and perhaps the ones feeling it the most are our neighbors to the north, Canada. Among the absentee services is Android Pay, leaving both Apple Pay and Samsung Pay as the primary contenders in that market. However, that appears to be changing as Google prepares to support Interac, a network of banks providing most of the debit cards in the country.

A mobile payment service is only useful if you can, you know, use it... which must be pretty disheartening for customers of smaller banks and credit unions. Each one of them needs to be certified with new payment systems before their customers can join in the "fun" of paying for stuff with their phones. Today Samsung Pay, the semi-proprietary system that's surprisingly interoperable thanks to some neat payment tech, adds a whopping 19 new Visa and MasterCard issuers to its list of compatible banks and similar companies.

Putting your fantastic and revolutionary product up for sale before you actually finish it seems to be a surefire way to get some extremely unhappy customers - just ask anyone who's backed a gadget on Kickstarter. Coin, the electronic credit card that can save all of your various debit, credit, and loyalty cards at once, has cause to reflect on this today. The company released its official Android app for managing the card, and the response has been somewhat less than positive. 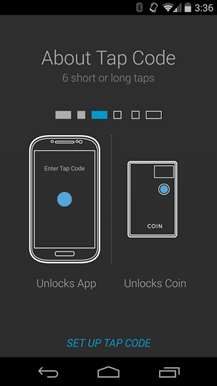 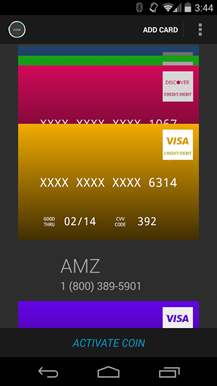 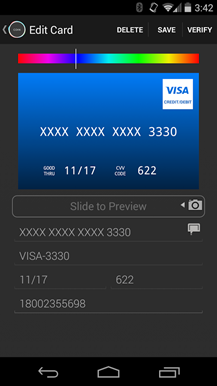 In fact, "bloody furious" would be a more appropriate way to describe most of the initial reviews.