A couple of days ago, we pointed out a free eBook giveaway from Packt Publishing that involved a copy of the Android NDK Game Development Cookbook. Another great book just turned up and we wanted to give another shout out so everybody could jump on it before the offer was gone. Today's freebie is Android Database Programming by Jason Wei, first released in 2012. It's targeted at developers that already know something about database development, but focuses on building and optimizing a data-driven mobile app with SQLite and Google App Engine.

To score a free copy of Android Database Development, make sure you're logged into Packt's website (accounts are free), then go to the Free Learning promotion page and hit the big button to claim your copy.

At some point or another, most Android developers will eventually open up the profiling tools to track down bugs and performance issues in a misbehaving application. Let's be honest, the tools included with the Android SDK do leave something to be desired. Facebook has just released one of its internally-developed tools which provides network inspection, database inspection and interaction, and a support for access to the dumpapp output with the use of customizable plugins. The most interesting feature about Stetho is that it runs entirely through the Chrome Developer Tools – the same interface used by web developers everywhere. 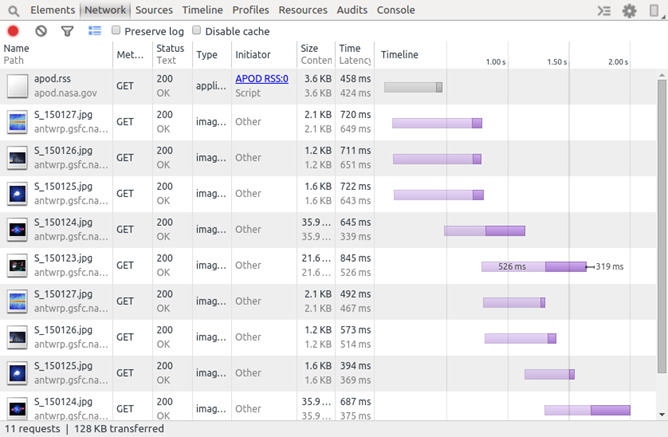 Keep in mind, Stetho is not a total debugger replacement.

In the modern world, watching TV shows isn't what it used to be. Back in the old days (or the present for some), shows simply existed at a certain time and you tuned in when they aired, and then they were cancelled and then you never heard from them again. Today, though, it's not uncommon for most viewers to discover a show a few seasons in and then find their way through the backlog of episodes. It can get overwhelming when you need to sort through which shows are still on, which shows you've seen, and how many more episodes you have to go.

I have loved StarCraft ever since the first version came out back in 1999. I've played it for 10 years, and this year excitedly watched, with all of you, the unveiling of both the beta and final versions (hey, we even got our cool Twitter background thanks to Starcraft II).

While you can't play StarCraft II on your phone, there is a variety of applications on the Android Market aimed at providing stats and other information that should help you be on the winning side of "gg" at the end of the game. Let's take a look at the best of them.