Roman Nurik, a Design Advocate at Google, launched the DashClock Widget back in early 2013. It's an extremely versatile, modular widget that - by default - supports things like time, weather, unread Gmail messages, and alarms. But its modular nature is the real selling point. Users can add extensions for apps they're already using, allowing a lot of information from disparate and unrelated apps to be displayed in one handy widget.

Perhaps you've heard of a little app called DashClock? The creator of that mega-versatile widget has just released a new app, but this time it's less utilitarian. Muzei Live Wallpaper takes pretty pictures, adds some Gaussian blur, and slaps them on your home screen.

Each day the app will get a new piece of art to serve as the base of the background. You can go into the Muzei app to see the piece in more detail (in immersive mode), or double tap on the home screen to clear the blur effect for a few seconds.

If there was ever a reason to use lock screen widgets, DashClock is it. This app from Google Engineer Roman Nurik creates a cool widget for your home or lock screen that can show data from multiple apps. It has been a while since it got an update (v1.5 was back in June), but v1.6 is out now with some nice tweaks. 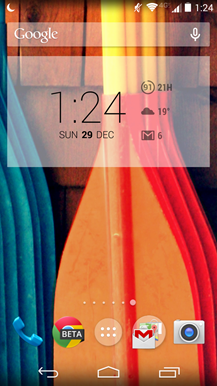 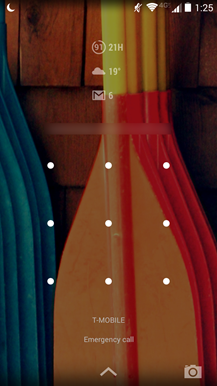 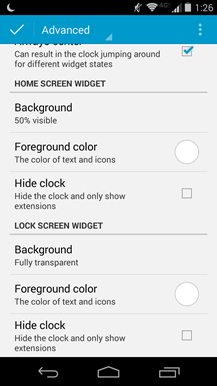 If your device runs a fairly stock version of Android, there's a good chance you've got DashClock set up front-and-center as a lockscreen widget or somewhere on your home screen. While we receive seemingly endless notifications throughout the day, relatively few applications provide support for DashClock to display that information. This is where DashNotifier comes in. It leverages the NotificationListener service added in Android 4.3 to read and display notifications from selected applications as if they had provided extensions of their own.

If you have a device running Android 4.2, there is literally no reason to avoid checking out DashClock Widget. This app comes from Googler Roman Nurik and it completely transforms your lock screen. Despite already being excellent, DashClock just got an update with more features. 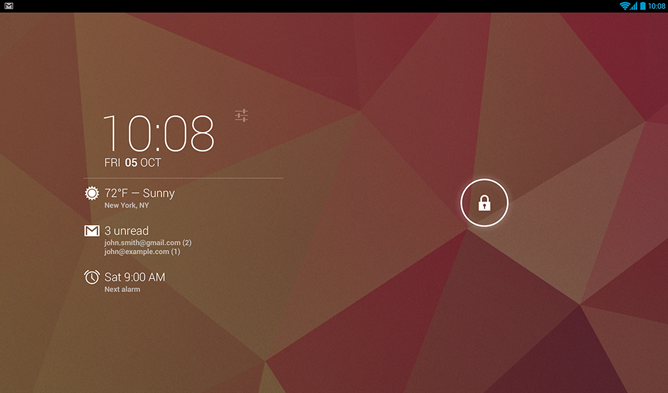 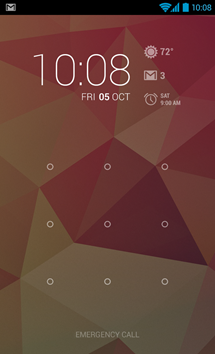 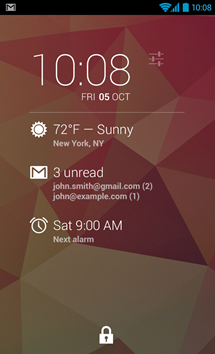 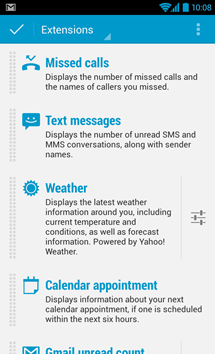 If you're running Android 4.2, odds are pretty good that you have also installed Roman Nurik's popular lock screen widget, DashClock Widget. Now, thanks to the new method of running beta tests in the Play Store, you can also try out the latest features and improvements before they officially launch. By joining this program, test versions pop up as if they were regular updates.

The setup process is quick and painless.

When Roman Nurik's DashClock Widget hit the scene right at six-weeks ago, it became a favorite widget for anyone on Android 4.2+ almost instantly. For good reason – it's one of the most powerful, customizable, and best-looking widgets we've seen in quite a long while. Adding to its already-impressive functionality, there have also been a slew of extensions show up, making it even more powerful.

If you've been curious what's in store for DashClock on an official level, though, Nurik recently took to Google+ to talk about fixes and new features, as well as show off Daydream support for an upcoming build.

We've all been there – it's dark, you drop something, need a little help finding your keys, or simply want to know what you just stepped in. Naturally, you reach in your pocket, pull out your phone, and hit the power button. The screen instantly becomes your flashlight. Of course, there are plenty of apps that can also toggle the camera's LED flash, which makes a much better flashlight than the display.

Pushover, a "simple push notification service" that essentially allows web services, scripts, and a lot more to send notifications to your mobile device, got an update recently to version 1.6 (and soon after, 1.6.1), which brought on a couple more nifty features.

Namely, the update brings support for DashClock, the popular clock/information widget that has gained immense support in its first few weeks of existence. Now DashClock can show you how many Pushover notifications are waiting for you.