The developer dashboard has been updated, and there's some big movement this month. In the post holiday window, KitKat is up a healthy 5.2% and Gingerbread drops another 1.3%. One thing you won't see on the chart is Lollipop. Android 5.0 still hasn't hit the 0.1% threshold to be included in the data, just like last month.

Google continues its monthly ritual of posting platform distribution numbers for Android. After getting a fairly late start, KitKat is keeping up its suddenly explosive pace by adding 3.2% to last month's 5.3%. This is largely due to a continual stream of updates to the Samsung Galaxy S4 and Note 3. 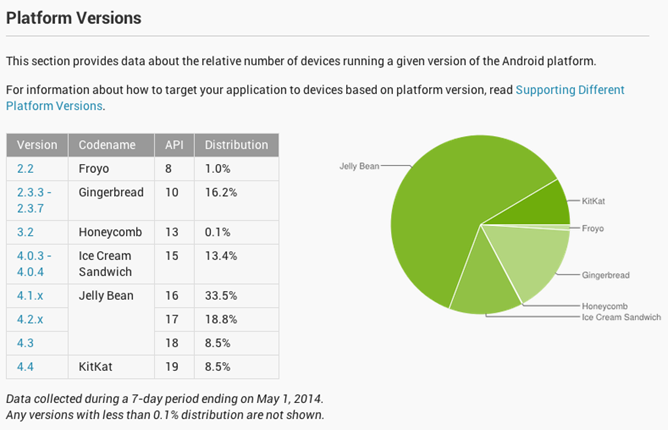 The increase in KitKat's presence came at the expense of almost every older version of Android except for Jelly Bean 4.2, which actually rose 0.7%. The combined total of Jelly Bean versions remained fairly steady, only falling 0.6%. Gingerbread continues to make a slow crawl towards obscurity by losing nearly a tenth of its former footprint.

Google has made its monthly update to the developer dashboard with new platform distribution numbers, and KitKat is on a roll (finally). After making up only 2.5% of active Android devices last month, it's now at 5.3%. Yes, it more than doubled. Those continued Samsung updates probably have a lot to do with the jump. 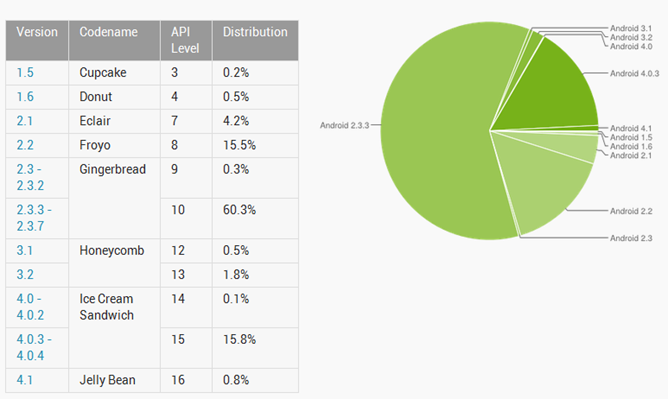 Last time Android 4.0 was almost 11%, so those new devices and updates are definitely helping. Gingerbread was, and still is the majority of devices, but it's dropped a few points from roughly 64% to a touch over 60% now. As a reminder, Gingerbread is 20 months old now, and there's really no reason for it to still be so prevalent when ICS has had over half a year to build.