Enter “Fuchsia.” Google’s own description for it on the project’s GitHub page is simply, “Pink + Purple == Fuchsia (a new Operating System)”.

Earlier today, Google officially debuted Dart, their new programming language intended to make web development easy by offering a somewhat familiar structure with enough flexibility to open up new possibilities, including the ability to run on "all modern web browsers and environments."

Google's dedicated Dart website features the language spec and preliminary development tools as open source, giving developers a chance to get acquainted with the language during its early development. The site also has code samples and a few tutorials to get you started. 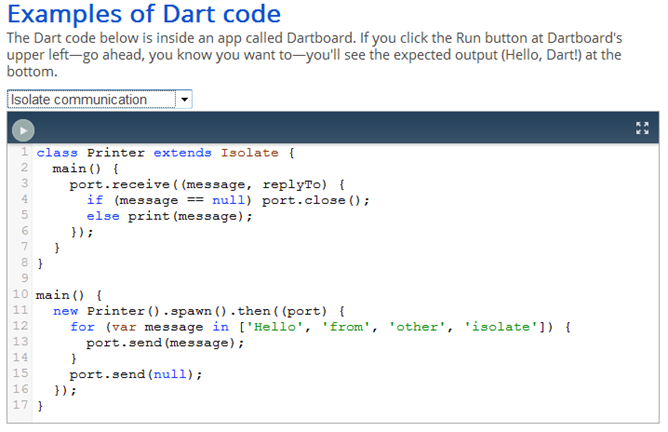 Lars Bak, a software engineer on the Dart team, describes the new language on Google's code blog as a class-based, optionally typed language, aiming to fulfill the goals of being structured yet flexible, offering a familiar and natural feel for developers, and ensuring that Dart offers a high standard of performance on "all modern web browsers and environments ranging from small handheld devices to server-side execution."