An eager reader forwarded an internal Best Buy memo  to Engadget which indicates, in no uncertain terms, that the Motorola XOOM tablet is set to launch at Best Buy on February 17th. 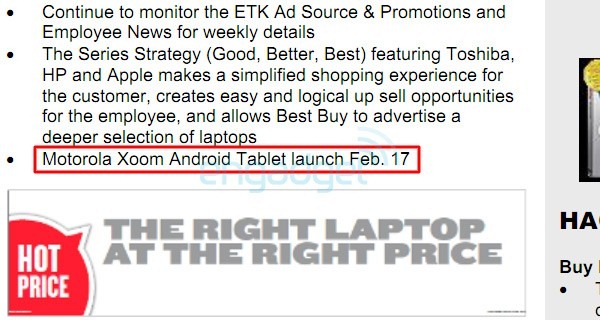 A leak from Verizon has confirmed that the unsubsidized price of the XOOM will be $799. However, Best Buy may be retailing the device for an altogether different price. 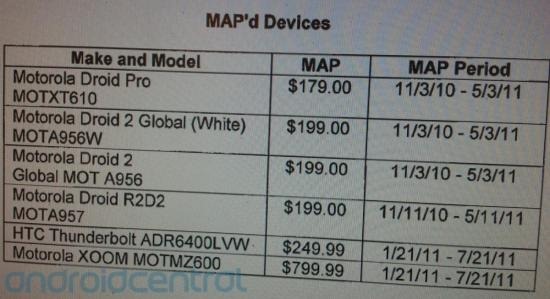 The XOOM is an important device for both Motorola and Google because it will be the first tablet to run Android 3.0 Honeycomb, an iteration of the Android OS that supports the tablet form factor.

While the announcement everyone was expecting Andy Rubin to make at today's D: Dive Into Mobile conference was already made earlier today, the head of Android operations still had a few things hidden up his sleeves, not the least of which was a dual-core Motorola tablet: 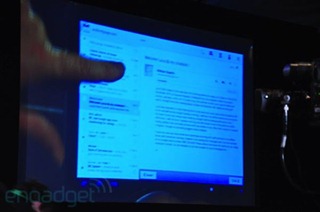 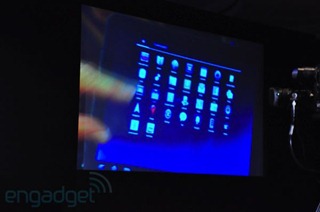 If that didn't catch your attention, consider this: the man himself said that it will run Honeycomb, will feature video chat, and will be powered by a "dual-core 3D NVIDIA processor." Additionally, Engadget, whose editor-in-chief was sitting at the event, noticed that the tablet has no buttons at all, for better or for worse.