There's a reason that the Nexus 4 has been sold out almost since it hit the Play Store: for custom ROM enthusiasts, buying anything else is a crapshoot. Assuming that the bootloader is unlocked (or can be,) you've just got to hope there's enough adoption among ROM developers to ensure a steady stream of builds. Owners of T-Mobile's former flagship, the HTC Amaze 4G, have had relatively good options in this area, and they just got a little better: the CyanogenMod team has released official nightly builds of CM10.

The CyanogenMod team has been making good progress towards the latest, stable version of its ROM - CyanogenMod 10 - but there's still time for more features to be added before its eventual release.

One of those features is a root-enabled file manager, which was announced on the Cyanogen Google+ page a few hours ago. Judging from the screenshots, it looks to blend in seamlessly with other CyanogenMod features and the rest of the Android OS, with a really nice looking interface.

It's always a joyous occasion to welcome a new device into the CyanogenMod family. This time it's the MetroPCS variant of the Samsung Galaxy S III.

CyanogenMod is one of the most popular Android ROMs and is supported on a ton of devices already. The CyanogenMod 10 version being offered for the MetroPCS SGS3 is a nightly build, meaning it is the experimental product of a day's work. Bugs are to be expected, but CM10 is getting quite stable overall.

OK, so it's Nexus day. A day full of excitement and new things to be excited about. That doesn't take away from other awesome news, though - like new CyanogenMod features, for example. The team teased one such feature on Google+ last night: the ability to quickly hide the navigation and status bars on applicable devices. 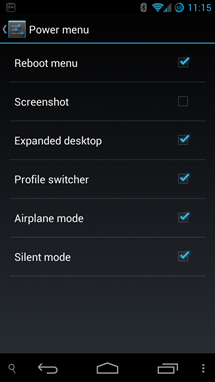 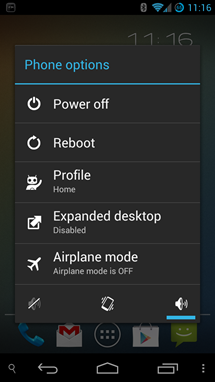 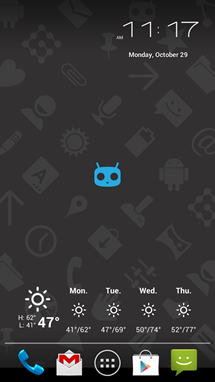 This feature actually makes its way to CM10 from Paranoid Android, so hats off to that dev team for such a cool (and useful) tweak.

Earlier this month, CyanogenMod teased upcoming CM10 nightly builds for the Acer Iconia Tab A700. While it may have taken a bit longer than expected, the first nightly hit get.cm last night.

Of course, Acer started pushing its own brand of Jelly Bean to the A700 at the end of September, so the hi-res offering wasn't all that behind the times to begin with. The JB update seems to have brought some performance improvements to the device, as there's less stutter than on ICS.

It has been quite a long while since I've heard the name "LG Optimus Black," but it seems that Team CyanogenMod hasn't forgotten about this once-powerful handset. The first CM10 nightly for the 4" handset just showed up on Get.CM, and unlike other CM10 devices, has made this jump directly from CM7.

If you have a Galaxy Note on T-Mobile, you're probably worried about things like device updates, considering T-Mo basically ditched it after only a couple weeks of availability. Worry not, because the CyanogenMod team is here to save the day: just one week after the custom Jelly Bean build showed up for the AT&T and International versions of the Note, CM10 Nightlies are now available for T-Mo's variant of the device.

CyanogenMod 10 nightlies have finally landed for the international version of HTC's One X, and you can download the first build right here. As the owner of such a One X, I find myself particularly interested in this bit of news, because I'm rather curious how much better this phone will be running stock[-ish] Jelly Bean. The One X is a truly fantastic piece of hardware, but its software has always left something to be desired, especially after you've lived with Sense 4.0 for a few months.

While many people are patiently waiting for the Note II to hit the streets, the CM team has been working to bring the latest Android build to the original Note variants. CM10 has actually been available for the AT&T Note for a few days now, but the first nightly for the international variant just showed up.

Definition: A "nightly" is a bleeding edge release that is built on a daily basis, usually at night after a full day's worth of new code has been committed.
Read More
Page 1 of 212Next›