Adobe, the masterminds behind the ubiquitous Creative Suite of products, has just announced Adobe Touch Apps, a set of apps aimed at Honeycomb tablets, allowing users to perform sophisticated design, editing, and generally creative tasks from just about anywhere. 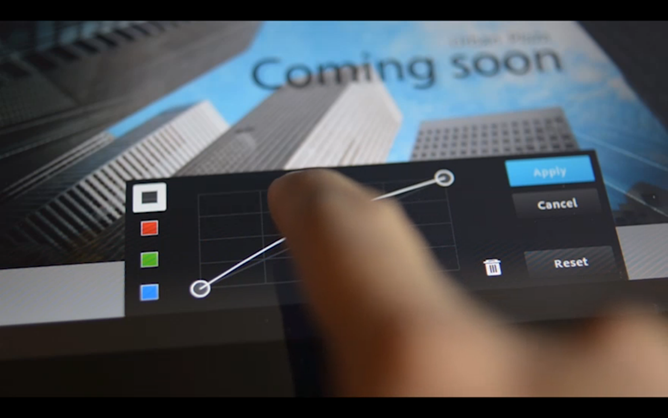 Perhaps the most exciting member of Adobe's new group of apps is Photoshop Touch, which is pretty much Photoshop on a tablet. The app allows for layer control, blending modes, curves adjustments, and almost everything you've come to expect from its desktop counterpart.