Chrome's new tab page is always undergoing design changes and improvements. One day you see shortcuts to downloads and bookmarks there, the next they're gone. The latest change involves article recommendations, which are now showing up for many users as larger thumbnails with text snippets.

Google seems to be trying many new things in terms of content on YouTube, including video thumbnails once a video has been completed, cards at the top of searches, video recommendations as notifications, and numerous tweaks to the now playing screen. We've been made aware by multiple readers of a new video suggestion feature while watching a full-screen video. 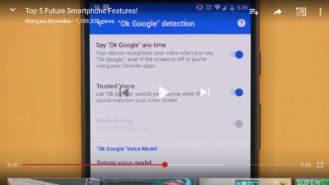 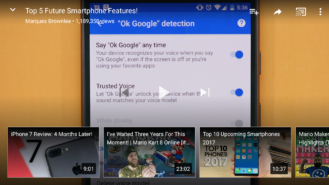 In the most recent version of the YouTube app, 12.05, when watching a full-screen video, suggestions will pop up at the bottom, giving you ideas for what to watch next. These show up as a preview of a thumbnail, but can be tapped on to bring them into view. Presumably, this is an attempt by Google to get people watching something else if they're bored with what they're watching, which would seem to be a wise move, because ads.