In Android Police's latest video, we take you on a comparative journey or, as it is known in the YouTube parlance, a versus. The Galaxy S7 may be a smaller, more expensive phone than the OnePlus 3, that much is true. But if you're in the unlocked device market, the S7's frequent discounting could mean you're actually cross-shopping these devices. Or maybe you're just not sure if you want to get back on a carrier contract or payment plan, and want to see if the no-strings-attached model of the OnePlus 3 could sway you to pay that MSRP up front. Google Play Music. Spotify. Rdio. Tidal. There is no shortage of music streaming services that not only provide an extensive music selection, but also have good if not great Android applications so you can benefit from their catalogue everywhere you go.

The problem with most of these services is their availability. If you live in the USA, you can have your pick among any of them and there's little argument over the value of a $10 combined Google Play Music Unlimited and YouTube Red / Youtube Music subscription. But stray farther and things become less clear. American (Northern, Central, and Southern), European, and Southeast Asian countries are usually among the first supported by many services, but African, Middle Eastern, and plenty of other Asian nations often have limited options and even fewer good ones.

For the first time in Nexus history, there are two flagship Google phones to choose from. Unlike in previous years, when the only choices you had to make were storage space and color, now even deciding to get a Nexus involves picking between more than one phone. Decisions, decisions, decisions...

We've put together a list of all the differences we could find between the Nexus 5X and the Nexus 6P to help you decide which one to buy.

Now that the Nexus 6 has launched on three of the five announced carriers, it's time to do a little comparison. Nexus hardcores like their device pure, unlocked, and free of all carrier intervention and bloatware. The problem is, Google Play and Motorola both only sell the device at full price, which starts at $649 USD for a 32 GB model. A lot of people will no-doubt find it difficult to come up with that kind of cash all at once.

This is one of the big reasons why someone would instead choose to buy their Nexus 6 from a carrier. In the chart below we see variation between the 2013 and 2014 versions of Samsung and HTC's flagships. The starkest void is noticeable on the S4, where T-Mobile pulled in 6 hours and 42 minutes compared to the 4 hours and 1 minute of the second-place competitor, AT&T.

Perhaps you recall the abrupt closure of online phone dealer Wirefly a few months ago. Its parent company Simplexity LLC filed for bankruptcy, and is currently being chopped up and sold as part of debt reorganization. The Wirefly name and website have emerged from this under new ownership with a focus on comparing devices and plans to help you find the best deal.

Yesterday, we got an eyeful of NVIDIA's new Tegra 4 and Tegra 4i, along with the Phoenix, NVIDIA's nifty reference device. The benchmarks were quite impressive compared to current-generation processors, but all we got to see in terms of gaming performance was a brief demo of Real Boxing.

In a video posted today to NVIDIA's YouTube channel, the chip maker shows off a "Tegra 4 enhanced Zombie Driver," side by side with the same game running on a "non-Tegra 4" device. The difference (as with many Tegra-enhanced games) is night and day. The video puts on full display Tegra's dynamic shadows and lighting, textural enhancements, and overall finesse.

Yes, we're an Android site. Yes, there was an Apple event today. We're gonna talk about it. As the newly-recast Rhodey said in Iron Man 2, "It's me. I'm here. Get used to it." Because the new iPhone raises a lot of questions: Didn't I see an Android phone with [some feature] before? Is the new iPhone really the thinnest smartphone around? Why in the world would apps need to be letterboxed? The answer to these questions and more lie within. What doesn't lie within is fanboy bickering. Let's keep it civil everyone.

It's The Size, Stupid 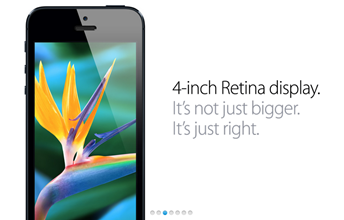 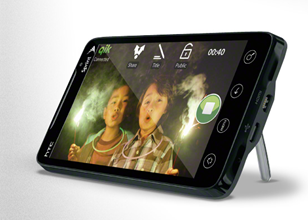 Easily, the biggest new feature for the iPhone 5 is the display size.

The uninformed consumer (read: not you, dear readers) may be forgiven for not realizing Google's voice search/voice assistant/Google Now thing is attempting to compete head-on with Siri, what with lacking a name and not being nearly as anthropomorphized. However, Google's voice powers are, indeed, aimed squarely at making the act of finding and using information far easier than Apple's automaton. In this video, the two go voice-to-voice and...okay, let's not beat around the bush. Siri gets thoroughly trashed.

Now, let's be perfectly clear. When dealing with voice searches and natural language assistants, your mileage will always vary. However, in this head-to-head comparison, it is no contest.