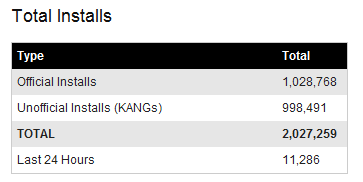 For those who are curious as to how the stat counter works, here's a more detailed explanation.

In the custom ROM world, there's one name that can't be denied or avoided: CyanogenMod. It's the reigning champ of all custom ROMs, and for good reason - it's amazing. The CM team is always finding ways to innovate and bring new features to stock Android, resurrect older devices, and remove manufacturer/carrier restraints from modern devices.

Apparently we're not the only ones who think so, either - CyanogenMod hit one million unique installs last night. 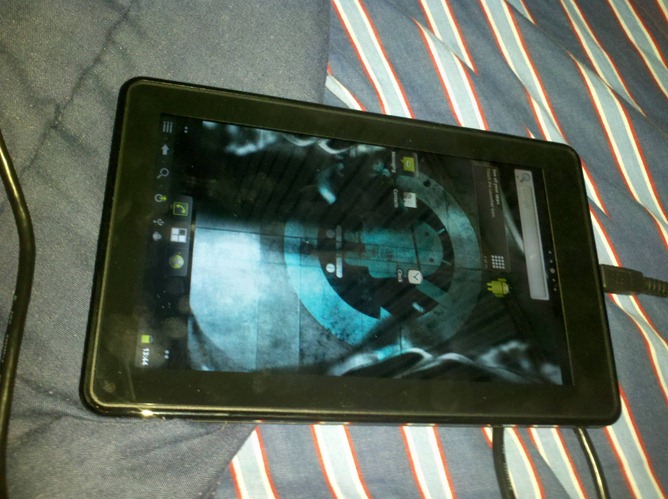 Basically everything works, though there are a few glitches. The touchscreen was initially on the receiving end of one said glitch, as the alignment was off by 90 degrees.

Read More
Update: Steve Kondik (Cyanogen) himself verified via his Google+ page that TeamDouche was not involved in the project.

I guess you can finally buy a phone with something that resembles CM on it. Unfortunately, our team wasn't involved in this.

What do these figures represent?

Just six days after The CyanogenMod (CM) team released the first alpha build for the TouchPad, they're back with alpha 2. Despite being bumped up a version, it's still an alpha, meaning there are many things that can (and likely will) go wrong. Still, it looks like they've made quite a few improvements with the update:

Changelog:
(AKA things we hope we fixed)

The Motorola Backflip may be a slightly aged device, and not much news has come its way of late, but it seems that the time is finally here for Backflip users who have been patiently awaiting some CyanogenMod goodness. It's worth noting that CM has not yet released a stable build of CM7 for the Backflip, but the nightly updates should be able to hold ambitious users over until a stable release is available.

It has been a while since we've talked about anything new for the Desire S, but thanks to the Revolutionary unlock tool, this handset is getting its first taste of CyanogenMod. Nightlies for the device went live last night, joining the dozens of other handsets that have been missing over the last several weeks.

So, if you're ready to show your Desire S some CM7 lovin', head over to this link to grab the download, and don't forget to grab Gapps while you're at it.

The Android dev community has a well-deserved reputation for releasing new versions of ROMs at breakneck speeds, and they're not slowing down with the newest kid on the block, the Motorola DROID BIONIC. In fact, @cvpcs has already ported CyanogenMod 7 to the device, and though he isn't ready to release it just yet, he has put out a video to whet our appetites:

Of course, since this is the very first time the BIONIC has successfully booted into CM7, there are plenty of bugs, including:

Regardless, this is certainly a viable first chapter in the BIONIC's ROM development, and we look forward to the continuation of the saga.