CyanogenMod just announced that CM 10.1 builds starting with nightlies released today will be getting a brand-new clock widget called Chronus (initially known as 'Lock Clock'). It works both as a homescreen and lockscreen widget, is configurable, and provides extra information in the form of calendar events and weather. 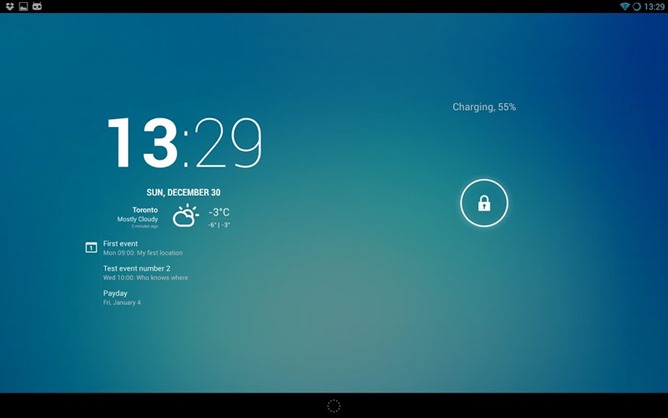 It works on both phones and tablets, and in lockscreen widget mode, appears collapsed and must be expanded in order to view additional information (this could later change with a settings toggle).