Google really knocked it out of the park on its most recent Chromecast. Adding an entire interface with remote support helped to push the gadget to the next level in the ever-competitive streaming scene. Of course, the addition of a UI also requires making the experience as accessible as possible. With Google's newest update to its streaming device, more streaming recommendations are now available in Spanish.

About a week ago, Google announced a new Chromecast update that would bring about some bug fixes and a "refreshed home screen." It wasn't made clear at the time exactly what that meant, but the update appears to be rolling out in full force now, so we've finally gotten a glimpse at this refresh, and it looks a lot better. Instead of just a stock image with huge "ready to cast" text and Chromecast's details, the new, minimal home screen cycles through beautiful images with the Chromecast's name in the bottom left and time in the bottom right. Here's a look at the the old and new compared: 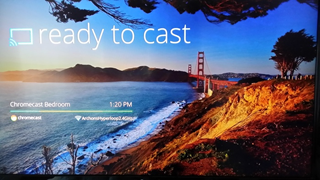 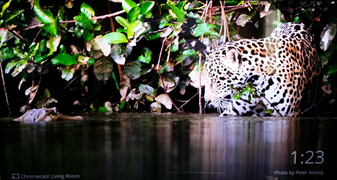