Update Wednesday continues with yet another new apk. This time we're being treated to a regular version bump for Chrome Beta. The changelog isn't as dramatic as we've seen in previous updates to the browser, but it's hard to turn down improvements and bug fixes. The focus seems to be a little more on fine-tuning the experience as we should see smarter suggestions for text entry and improved text rendering on non-mobile optimized web sites.

Google has been buffing up the capabilities of the Chromecast as of late by opening up app access with the SDK, and it looks like even first-party apps are getting in on the action. The latest release of the beta version of Chrome for Android adds in Chromecast capability for YouTube videos. Theoretically, it should work for any standard HTML5 video as well. Now you don't need a laptop to cast web videos to your television.

When Chrome was first released for Android almost a year ago, one of my complaints was its lack of support for chrome://flags and access to experimental settings. The day has finally come that this is now a feature of my favorite mobile browser, albeit in its beta form. 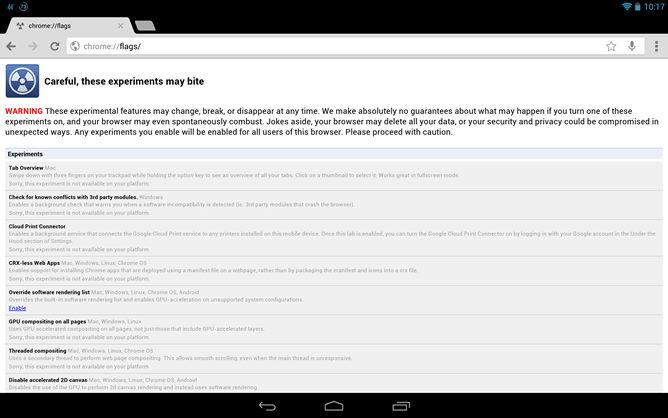 The updated browser – which just hit the Play Store a bit ago – brings that feature, and that feature alone. Once you've installed the update, just open a new tab and enter "chrome://flags" into the address bar to access some neat experimental features of the browser, just like on its desktop counterparts.

Well, that was fast – the beta channel of Chrome for Android just became a thing four days ago, and the browser has already received its first update. Granted, it's just a bunch of bug fixes, but it's still something.

Of course, it's still beta, and that can only mean one thing: there area still plenty more bugs to squash. 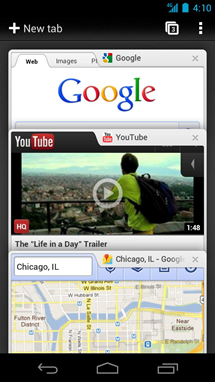 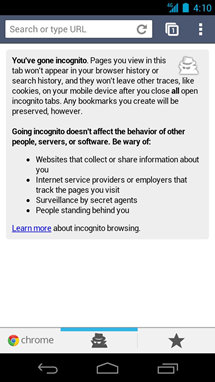 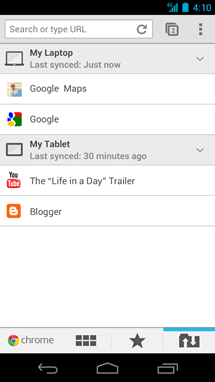