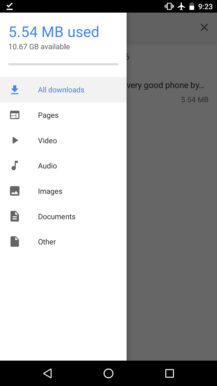 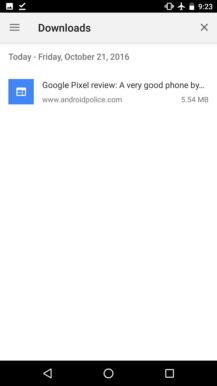 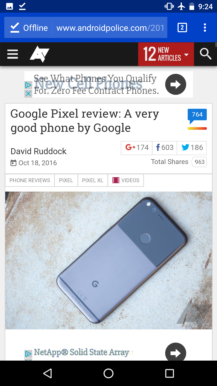 By tapping the new Download icon in the overflow menu (where the back/forward buttons are), you can save a page for offline use. Yesterday, I wrote about the massive number of changes that Chrome Beta 54 brought along. Chrome 55 hasn't been in development for quite as long, but there are still a few noteworthy changes. Come along with me as I journey into the wonderful world of alpha-quality software.

Users on Android 7.0 might need to use an APK to update, as there is a bug with Chrome Beta & Dev updating from the Play Store. You can find the APKMirror download link at the bottom of this post.
Read More