Once upon a time, Android tablets were few and far between, but with tablets like the Notion Ink Adam (if it proves to be anything more than vaporware), Samsung's Galaxy Tab, and even Archos' entries into the tablet space, that might be changing sometime in the not-so-distant future.

Cherrypal (a company most of us have never even heard of), has just introduced the Cherrypad America, a 7-inch Android tablet that may not be another high-end iPad competitor, but may instead be a pretty decent low-end tablet, featuring specs such as: 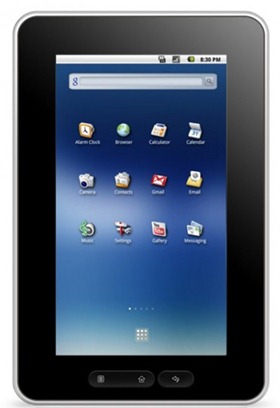 While the resistive touchscreen worries me since our own Brian O'Toole was bitterly disappointed with Nationite's MIDnite tablet,  I don't see any real dealbreakers here, especially as the tablet costs a mere $188 and is available today from Zecozi.