There are certain online retailers that don't keep secrets well. Best Buy Canada already slipped up by posting its Pixel 4 pre-order page several days ahead of the official announcement, but then took the page down shortly after. Not to be left out of the fun, Carphone Warehouse, is unintentionally serving the product page for the Pixel 4. Carphone Warehouse, a phone retailer based in the UK, has had a leak involving the upcoming Moto G6 and G6 Plus on its site. Color options, contract pricing, and some specifications for both phones have been prematurely published, allowing us to get an even closer look at Motorola's upcoming Moto G lineup.

Happy Galaxy S6 and S6 Edge pre-order day UK residents! If you've been anxiously fiddling and waiting for Samsung's new flagship to land in your hands, you are now one step closer to fulfilling that goal. Many UK carriers and sellers have started today their pre-orders for the devices, with various offers, bundles, colors, and configurations to choose from. Here are the details.

EE has a page dedicated to the Galaxy S6 where you can see at least 10 buttons to pre-order the phone — just in case you miss one of them — and have it delivered to you on launch day: April 10th. The S6 and S6 Edge are available in white, black, and gold (though the latter isn't guaranteed to be delivered on time), with the S6 in both 32GB and 64GB variants and the S6 Edge only in its 64GB configuration. A 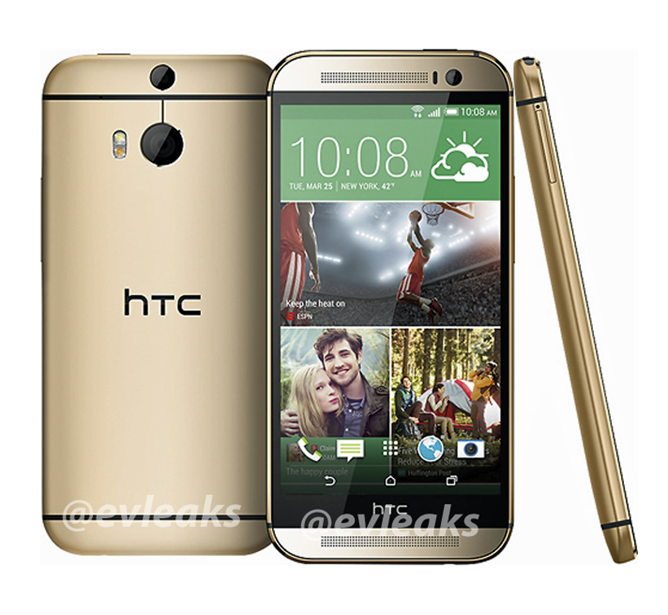 Not content with being the world's biggest phone manufacturer, Samsung has decided to break into the retail space in a big way. The company already has three stand-alone Samsung stores in Spain, operated by the established retailer Carphone Warehouse. Now the two companies have announced that Samsung will expand the program, completely converting over 60 existing Carphone Warehouse retail locations into Samsung-excusive stores. 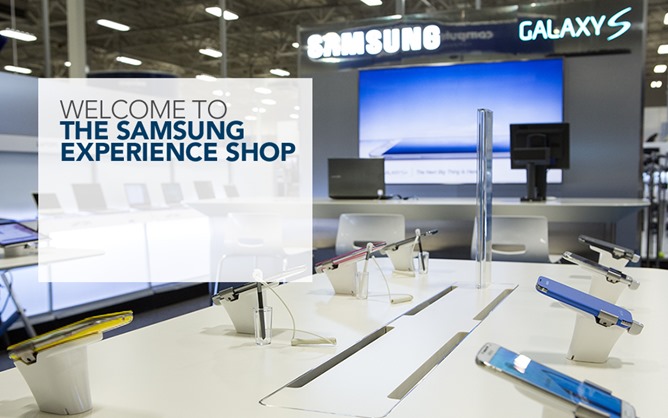 The stores slated for the change are located in the UK, Ireland, Germany, Spain, Portugal, Sweden, and the Netherlands. The conversion of all planned locations is expected to take three months, after which the stores will sell Samsung phones, tablets, laptops, wearables, and accessories. 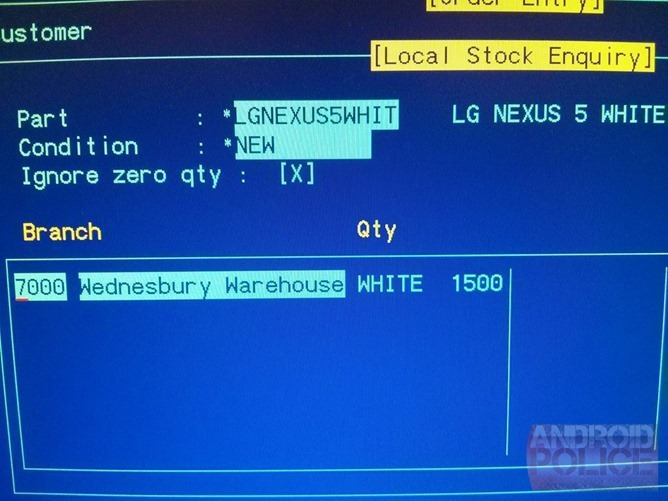 Looking to pick up a Nexus 4 in the UK? Well, you have one less option today. Carphone Warehouse, one of the largest online mobile retailers in the UK, has removed the Nexus 4 from the site. There isn't even an 'out of stock' notice – it's just gone.

The Nexus 4 is getting on on toward late middle age now, and the limited edition white N4 was just discontinued yesterday. Carphone Warehouse is far from the only retailer selling the Nexus 4, but it was one of the first to list the device, and continued to have stock intermittently as Google itself struggled to process orders. 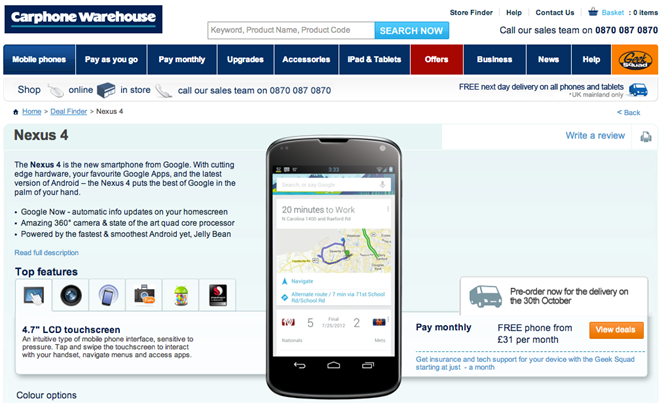 Of course, don't take that as canon, since there's a lot of suspicious stuff going on in this page. For starters, the press shot of the Nexus 4 being used here is the same one we spotted yesterday on evleaks.

If you're among the many, many potential Nexus 7 users who think that 8GB (or even 16GB) is a little on the wimpy side for a modern tablet, you may have cause to celebrate soon enough. The Spanish storefront of Phone House (the international arm of UK-based Carphone Warehouse) has a promotional page up for the Google-branded tablet in a 32GB flavor, listing for 279€. My Spanish is a little rusty, but it looks like the typical "sign up for more information" pre-sale page. No date is mentioned. 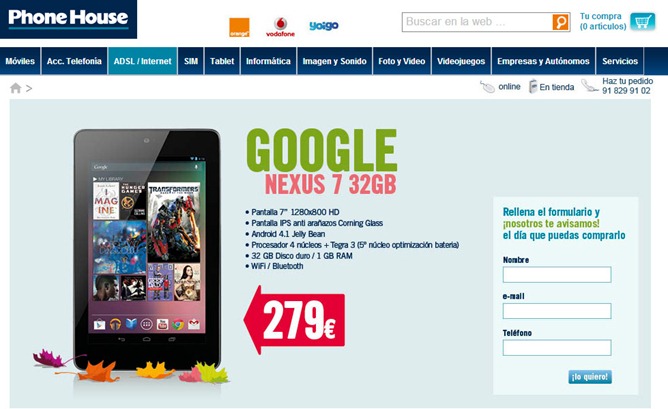 The price is thirty Euros higher than the 16GB model, which has been available in Spain since late August.