Google is handling the Android 11 Developer Previews a bit differently than it did with previous Android betas. Each major Preview so far has been accompanied by at least one bugfix update, and now another minor OTA is rolling out. Hot on the heels of the Pixel update earlier today, Verizon is also rolling out an update for Galaxy S8 and S8+ devices on the network. Don't get too excited, it's still just Android 7.0 Nougat. But, you do get a pile of bug fixes and improvements like an option for faster face recognition, navigation bar tweaks, and fixes for things like VPNs, car Bluetooth, and alarms. Last Wednesday Google updated Play Music to version 5.9. We tore into it as we are wont to do, but we found nothing in the way of user-facing changes (though we did see code that hints at a future way to handle when two or more devices try to use the same Chromecast at once). Google has pushed out two other 5.9 updates since then, and now we have a changelog.

According to Google, this update fixed an issue where  downloaded music wouldn't play until after switching to airplane mode (edit: thanks, BillyGardiner).

When Google updated Calendar to version 5.1 last week, it introduced a bug that hit users with an "unable to launch event" message whenever they tried to launch an APK downloaded using Chrome or the stock Android browser. Now the company has pushed out a hotfix update intended to do away with the problem. 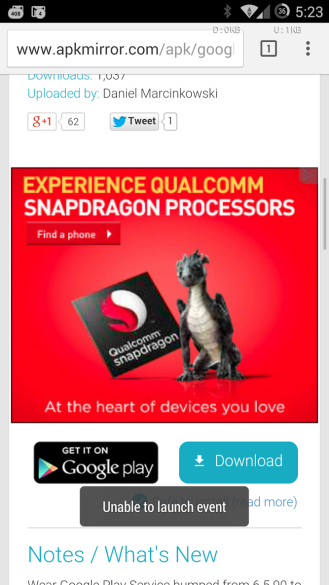 This bug prevented some users from launching the apps they downloaded in our APK download posts, but we were able to get around this issue by rolling out a server tweak for APK Mirror. Nevertheless, many other sources remained afflicted, and this was hardly a solution to the broader problem affecting numerous Android users.

In case you haven't been paying attention, there has been a storm of Android 4.4.2 updates for Google Play Edition devices over the past few days. It started Friday with the HTC One and Galaxy S4, and continued yesterday with the G Pad 8.3. Now, it's time for Sony Z Ultra GPE owners to get in on the action. The OTA weighs in at hefty 444 MB and, like all other recent GPE updates, will bring the phone up to date with current Nexus devices at Android 4.4.2/KOT49H. 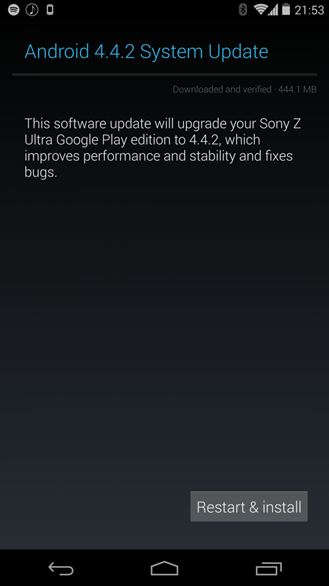 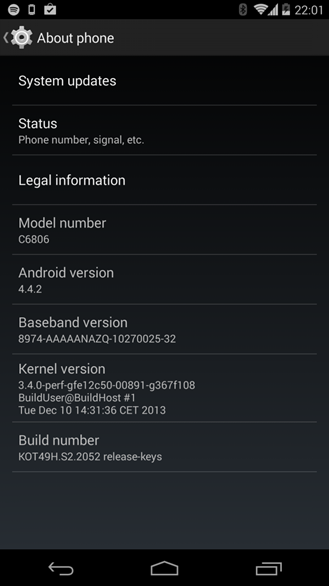 This update fixes numerous device-specific bugs including the security settings crash and inability to uninstall apps.

Read More
Looking for a rooted version of this update? Have no fear - head over to our other post.

Update 2: Here's a direct download link from our own (fast) mirror for the EVO 4G Official Gingerbread OTA.

AT&T has just started incrementally rolling out an over-the-air update to Samsung Captivate users. The update is 12Mb in size and is composed entirely of bug fixes. I would think that they would focus all their energy on getting Froyo out to the Galaxy S phones but, apparently, whatever this update fixes is more important.

Here is a snippet from the AT&T website that explains a little bit further:

Update: this OTA also includes a GPS fix, according to a Samsung email we just got:

An update to improve the Samsung Captivate's GPS performance is now available. Captivate customers will receive a notification on their device that an update is available and will simply need to download the file to update their phone.