Since the Department of Commerce added Chinese manufacturer Huawei to its 'Entity List,' thus limiting its ability to import U.S.-made products, we've seen some of the company's most important supplier relationships take a hit. Alphabet may have been the vendor with the highest profile as many of Huawei's Android products rely on software services from Google. But chip producers, including one in Germany, have also had to limit their ties to the telecommunications company. Broadcom's efforts to acquire Qualcomm emerged as one of last year's most controversial business moves in mobile tech. Already both major players on the semiconductor scene, the idea of them condensing down to one firm fueled fears of monopoly-building. Even as Qualcomm rejected Broadcom's offers, the company didn't back down, and earlier this month we learned of plans to stack Qualcomm's board with some voices more amenable to the acquisition. Now, though, that's all a moot point, following an order from President Trump blocking the proposed takeover. Today Broadcom acknowledges that development with word that it's withdrawn its Qualcomm offer. Chipmaker Broadcom has been vying to acquire Qualcomm—which makes the processors in a whole lot of Android phones—since November. Several offers have been made, and all of them have been rejected by Qualcomm’s Board of Directors. To get around this, Broadcom is trying to replace Qualcomm’s current board members. Qualcomm issued a statement Thursday urging shareholders to vote against the new board nominees. There's a pretty solid chance the phone in your pocket is powered by Qualcomm's silicon, and Broadcom wants a piece of that. Broadcom is so interested that it sent an unsolicited acquisition offer to Qualcomm last week. The chip maker acknowledged receipt of the offer, but today it officially announced that it's not interested. 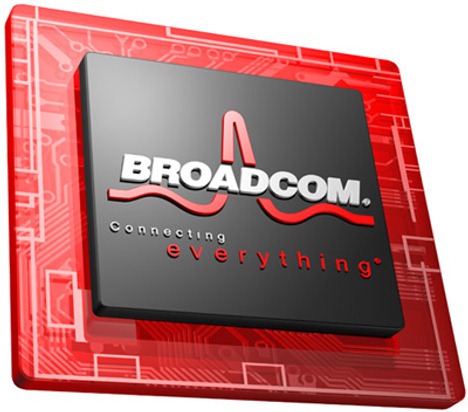 The new line of NFC chips also adds some innovative features making it a versatile element, including the ability to pair with Broadcom's Bluetooth and Wi-Fi components, integration of transaction-based Application ID routing, and multiple single wire protocol interfaces.

Could it be that Google has loaded Nexus One with unactivated, hidden features, making the crowd favorite device into Pandora's box?