The information age has not been kind to the humble bookstore. After mega-chains valiantly tried and failed to compete with the 800-pound gorilla that is Amazon, only Barnes & Noble is left in the US (and it's quickly becoming a showroom for LEGO and Pop Vinyl toys as much as an actual bookseller). A few indies are surviving thanks to a small resurgence of dead tree reading and some trendy makeovers, but the writing is on the wall. If you've ever felt the urge to indulge in Android-branded consumerism in the same way that Apple fans do, you might soon get the chance... if you live in India. The Economic Times reports that Google plans to open an Android-branded store called Android Nation in New Delhi's Select Citywalk shopping center. The store will feature Android hardware from multiple brands (not just Nexus devices) and operate in partnership with Asian conglomerate Spice Mobile. More stores across India are in the planning stage. 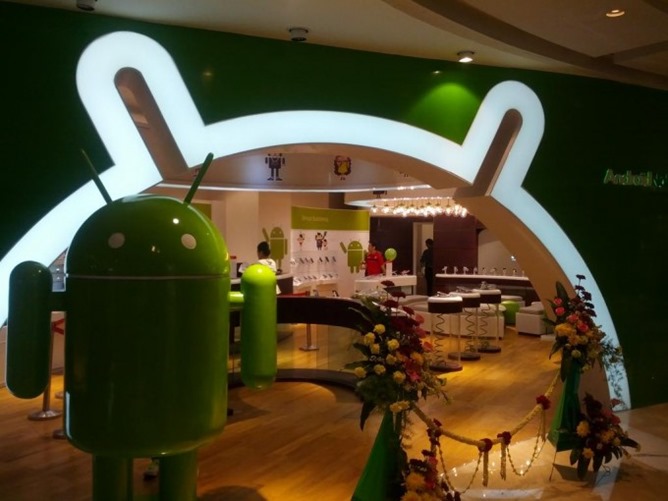 One of Android Nation's Jakarta locations. Photo via Tech In Asia

According to the anonymous source, Google has been scouting for a small retail area in the city for some time, with the aim of establishing an "Android experience." Think accessories, hands-on demo units, technical assistance, apps on touchscreen monitors, et cetera.

Yesterday, Amazon made waves by announcing what experts are calling "a bajillion new Kindles." Pre-orders went live yesterday from Amazon, but if you'd rather pick yours up from a store like they used to do when your parents were kids, Best Buy is now offering you that chance. You will have to give up that cardboard grin, though:

It's a little unnerving that Best Buy is using the "before Christmas" language, when Amazon stated that orders would ship on November 20th for some of the late-bloomers among yesterday's announcements.