Winning a $450 bounty and the hearts of Droid RAZR/MAXX users, Dan Rosenberg has found a successful root method for the phone's 4.1 JellyBean OTA, which began rolling out last Christmas Eve.

Some readers are likely familiar with Mr. Rosenberg's work, as he's rooted everything in sight from the Droid RAZR/MAXX HD to the RAZR M, all the way back to the LG Spectrum. As a security researcher, he's even given (and published) a helpful presentation on rooting and modding for the security conscious.

Not only can Droid RAZR/MAXX owners now root their Jelly Bean powered handsets, they can do it with ease – the process is as simple as connecting the phone and running a .bat

It looks like the HP Touchpad isn't the only tablet to have a bounty placed on its head - Kindle Fire Forum is now offering a substantial reward to the first person who's able to provide a reliable, reversible root method, or either a Honeycomb or Ice Cream Sandwich port for Amazon's Android tablet. 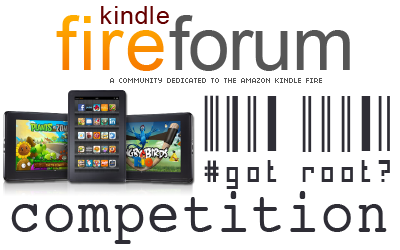 The forum is offering a prize of $200 for a root method, and a whopping $800 for a "Basic" Honeycomb or ICS port. The original post outlines the goals like so:

Reliable Reversable Root Method - This one is self explanatory.