About a year and a half ago, I called the original Fugoo "the speaker I'd make if I made speakers." The design of it is actually brilliant — it's waterproof, offers 360 degree sound, is crazy-robust, and gets an insane 40 hours of battery life. Really, it's a beast.

Then, back at CES (yes, in January), Fugoo announced the XL. Like the name suggests, it's a big-ass version of the original Fugoo speaker. I've been waiting for what seems like forever to spend some time with it — as good as the original was, a bigger version is logically better, right? I mean, it makes sense to me.

Kindly refrain from drooling into your keyboards for a moment while we fill you in on today's deal: HTC's latest high-end phone, the One X, packing 32GB of storage, Android 4.0, a 1.5Ghz quad-core processor and an unlocked GSM radio is currently available from Daily Steals for $629. For those of you who buy your phones unlocked, grab your wallets. 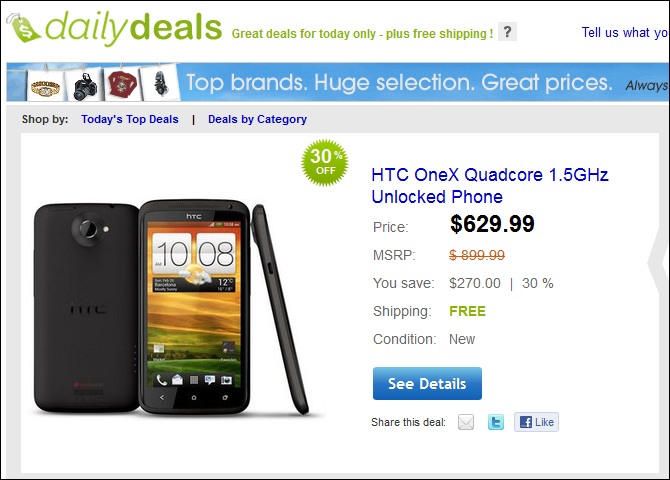 While the deal advertises the phone as 30% off the normal $899 price tag (yep, that math checks out), we have managed to find the phone cheaper elsewhere, but not that cheap.

The Edge will also feature a sleek unibody design with 32GB of storage, 1GB of RAM, a microSIM slot, and an 8MP rear shooter with 1080p video capture, as well as a 720p front camera, Beats Audio, Bluetooth 4.0, an 1800mAh battery, and...