The hundreds of minor league baseball teams across the US offer a great way to spend a day at the ballpark without the expense, and sometimes the travel, of going to a full MLB game. The MiLB, as it's called, is getting some much-needed attention on the app front this week, as two new apps have been published in the Play Store to support the various farm teams. Both MiLB First Pitch and MiLB Inside The Park mirror their big league counterparts.

Welcome to the latest entry in our Bonus Round series, wherein we tell you all about the new Android games of the day that we couldn't get to during our regular news rounds. Consider this a quick update for the dedicated gamers who can't wait for our bi-weekly roundups, and don't want to wade through a whole day's worth of news just to get their pixelated fix. Today we've got yet another Tetris game from EA, not one, but two MLB titles, a cute endless runner, a new take on Breakout, a pirate math game, and another marble puzzler.

Ah, fantasy sports: the Dungeons and Dragons of the jock world. There are more than a few options for you to spend your fantasy money on, but ESPN's seems to be the first that's ready for the 2013 baseball season. So if you've just got to get your lineup ready for the big office matchup weeks in advance of opening day, feel free to download ESPN Fantasy Baseball. 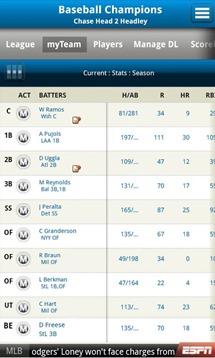 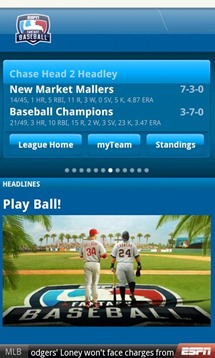 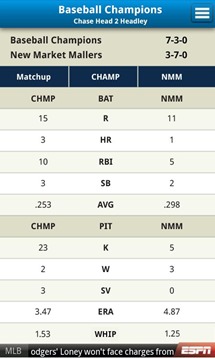 The app has all the new players, trades, and updated stats that fantasy sports depend on.

Opening day is six weeks away, baseball fans, but there's plenty of pre-season action to whet your appetite. MLB.com hopes that you're desperate enough to pay for the privilege: while you can download the latest version of the MLB.com At Bat app (not to be confused with last season's MLB.com At Bat 2012), you'll have to be an MLB.com subscriber or pay a $19.99 in-app purchase to access a year of premium features.

Longtime Android game developer Com2uS has its fair share of experience with baseball games. Most Android users have at lest heard of, if not played, Homerun Battle. This series is designed to provide a more authentic feel than those cartoony games. 9 Innings: Pro baseball 2013 has the real players you know and love with physics to match. 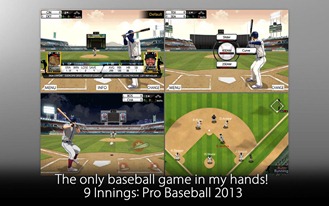 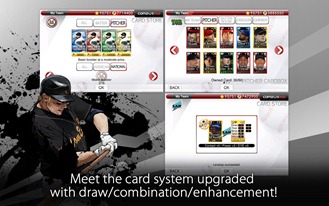 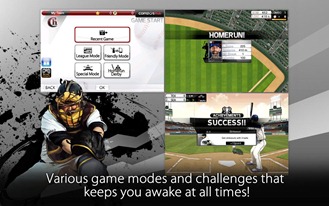 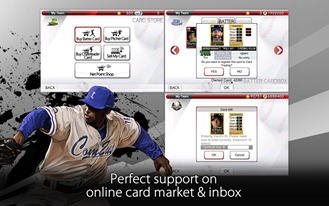 If you're a baseball fan, this is probably the game for you.

MLB.com's At Bat 2012 app, which we covered at its launch, and which bills itself as "the #1 sports app of all time" and "the official app of Major League Baseball," has seen a rather significant price reduction, recently sliding from $14.99 to just $9.99 in the Play Store.

The app, for those baseball fans who have until now not discovered this gem, is essentially a one-stop source for mobile updates and supplemental media related to games both in progress and those that are already over.