Many of you will have heard of DxOMark, the dubious score given to cameras including many of those attached to Android smartphones. Recently it seems every new flagship release from a major OEM beats the previous best. The honor went to the Samsung Galaxy S9+ not so long ago and now resides with the Huawei P20 Pro.

The testing part of the company is only one half of the story, however. DxO Labs makes image editing software such as DxO PhotoLab and the DxO One camera add-on for iPhone and Android. Reports are suggesting that DxO Labs is in financial trouble in its native France. iHeartMedia is one of the last titans of the radio industry, with more than 850 AM and FM radio stations under its belt. The company's iHeartRadio mobile app, which allows users to listen to all of its stations over an internet connection, currently has over 50 million installs on the Play Store. However, it yesterday filed for Chapter 11 bankruptcy, as part of an effort to restructure its debt. You won't find a Phones 4u store anywhere on Main Street USA, but our United Kingdom readers are probably quite familiar with the mobile-focused retailer. Alas, they might not be seeing them for long. The BBC reports that the company is in administration (similar to bankruptcy) after UK carrier EE decided not to renew its contract with Phones 4u stores on Friday. EE was the last carrier to remain as a partner following Vodafone's exit earlier this month. 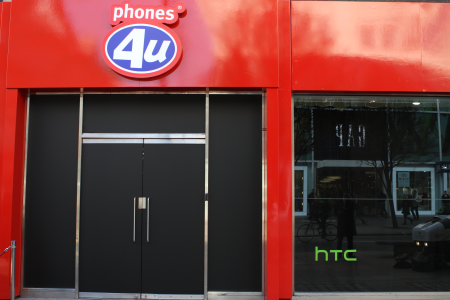 That decision means that 550 Phones 4u shops across the United Kingdom will not be open today, since they have no authority to sell phones or plans on behalf of any carrier.

Perhaps you recall the abrupt closure of online phone dealer Wirefly a few months ago. Its parent company Simplexity LLC filed for bankruptcy, and is currently being chopped up and sold as part of debt reorganization. The Wirefly name and website have emerged from this under new ownership with a focus on comparing devices and plans to help you find the best deal.