Update: And now the site says that the Galaxy Nexus will ship in 1-2 weeks.

“HTC has completed the review process with US Customs and HTC devices have been released, as they are in compliance with the ITC’s ruling.

“Each imported HTC model must be reviewed by Customs and will be released once Customs officials have completed the inspection.  Some models have gone through inspection and been released to our carrier customers.  We don't have the status of each specific device model at this time, but we are working closely with Customs.

According to an exclusion order issued by the ITC, some of Motorola Mobility's smartphone devices are in violation of four claims in a Microsoft patent related to scheduling meetings in a calendar. The specifics really aren't important - basically, the ITC found that Motorola infringed a Microsoft patent related to mobile software for creating and sending meeting invitations.

Motorola and Google had argued that an exclusionary order banning the import of offending Motorola devices wasn't in the public interest, but the judge didn't buy it.

Well, here's a twist for you. Apple Google has just banned Reddit Is Fun from the App Store Google Play Store due to "sexually explicit material." The author of the app has taken to (where else?) Reddit to voice his concerns and ask for advice in getting his apps reinstated. It may be a simple problem to solve, however.

The move comes shortly after Reddit Is Fun received an update to version 2.0 and was split into two apps.

Read More
Just like we thought, Google had a problem with GrooVe IP's title in the Market listing. The GIP devs have agreed to change the title, so it is now back in the Market.

GrooVe IP, a VoIP client that utilizes Google Voice for its calling feature, was pulled from the Market on Saturday evening by Big Daddy Goog. At first glance, it's not clear why Google would pull this app, but after doing a bit of research, we're fairly confident that it has something do with the way GrooVe IP was listed in the Android Market: "GrooVe IP - Google Voice VOIP."

You know how your phone can automatically "see" an address or phone number on a web page or e-mail and send you to the appropriate app?

After lifting an injunction against the sale of Samsung's Galaxy Tab 10.1 last month, Australia's High Court ruled that it would not hear Apple's application for special leave to ban the Tab once again, meaning would-be 10.1 owners in Australia have only to wait a matter of days before they can get their hands on Sammy's super sleek tablet. 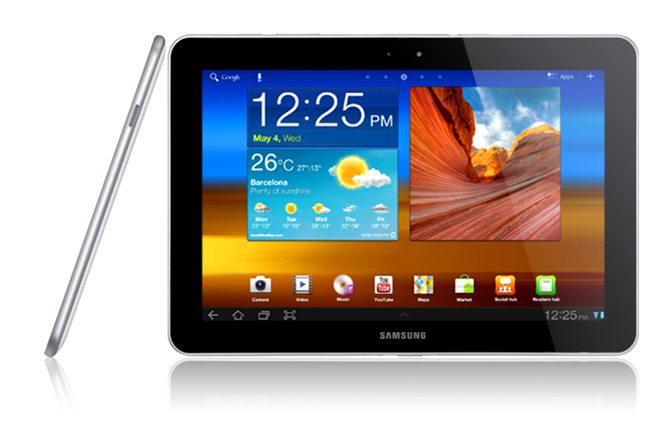 Following the ruling, Samsung Australia announced that the 10.1 will be available "in time for the Christmas shopping period."