As anyone who's been in the market for a OnePlus 8 Pro recently will know, the phone has been out of stock in many markets for over a month. The shortage has gotten so drastic that they've been selling for hundreds over MSRP in the US. Luckily, OnePlus's supply issues seem to have subsided a bit, as the 256GB variant is back in stock on both OnePlus's site and Amazon.

A week ago Google released an ethernet adapter for the Chromecast, and a good number of people thought, "Yeah, I want that." Thus the product sold out in a number of hours. Well, there's good news for everyone who thought "Hmm, I might want one. Let me think about it—dagnabbit, it's gone!" The product is back in stock in the Google Store. 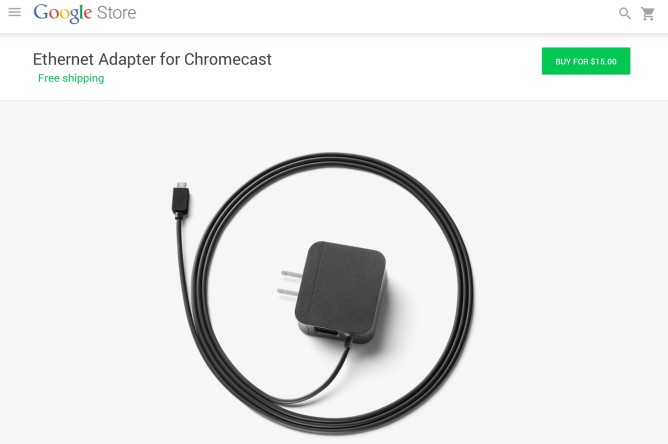 The Chromecast's 2.4GHz N Wi-Fi isn't always the most reliable, which can really damper the experience in a device that only has one job. So when Google released a way to guarantee a stable connection, it's easy to see why people jumped at the chance

The ethernet adapter is actually a power adapter with a 10/100 ethernet port down by the wall plug.

Update: Just confirmed that it is indeed available in France and Spain, as well!

Update x2: Well, that was fast – both the 8GB and the 16GB are already out of stock in Spain.