Every year just before the start of its I/O developer conference, Google dishes out awards to some of the best apps from the past year on Android. The results of the 2018 Google Play Awards are in, recognizing standout apps across 9 different categories. Let's take a look at the winners. This year's MWC just wrapped up a few days ago, but for almost a week, news from the event dominated our feed. Numerous individual product announcements occurred in Barcelona this year, and now that it's over, we've handed out seven awards to different manufacturers. Some of them are things you can buy now, some of them are things you can buy later, and some are for things you'll never be able to purchase. But Mobile World Congress (as the name suggests) is about phones, and here are our favorites from MWC 2018.

OpenSignal's bi-yearly carrier report for the US was just released, and T-Mobile's rampage from last year seems to be continuing. Although both Verizon and AT&T are seeing some recovery in network speed after the reintroduction of their unlimited plans last year, T-Mobile has again topped nearly every category in OpenSignal's testing. Sprint, though still in 4th overall, is also making great strides in both speed and availability.

Every six months, OpenSignal releases a report on the state of mobile networks in the US, with six total awards. In February 2017's report, T-Mobile and Verizon each won four awards (there were two ties). For August 2017, though, T-Mobile managed to take all six awards, which is something that has never been done before.

LG walked out of the event with the Most Innovative Device Manufacturer of the Year title, having released such prominent devices as the G2, G Flex, Nexus 5, and the G Pad 8.3 this year (along with the LGGPGPE). The company also innovated behind the scenes through advancements such as the 5.2-inch, 2.2mm thick, 1080p LCD panel it unveiled over the summer. 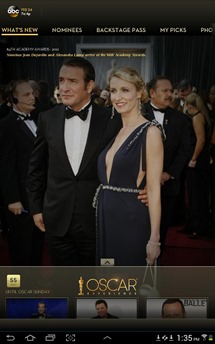 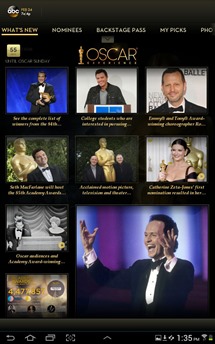 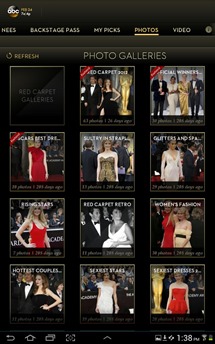 "Of course, the main sections you'll be interested in are the Backstage Pass, which goes live on Oscar Sunday and will have coverage from behind the scenes, as well as a My Picks section where you can make your selections for who you think will win.