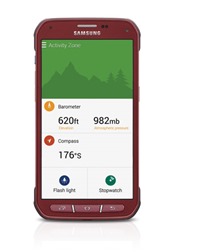 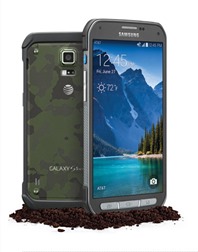 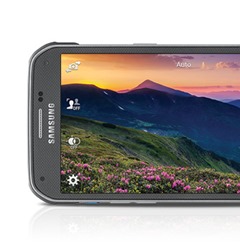 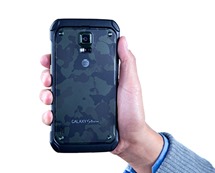 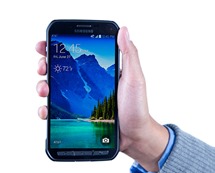 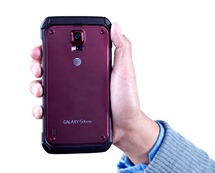 Just like the previous entry in the Active family, the S5 Active is water and dust resistant, and looks quite capable of taking some abuse. The S5 Active, as you may guess, is essentially the Galaxy S5 in a rougher, tougher chassis.

After holding a one day sale, running out of inventory, and accidentally leaving the store open, the team behind Google Glass promised to find more ways to expand the Explorer Program to those who wanted in.

This evening, Google Glass announced - through Google+ - that Glass is now available to everyone in the US, "as long as we have it on hand."

Last week we told you we'd be trying out new ways to find Explorers.

Google Play gift cards are only available in a handful of countries around the world, but now they have made their way into Hong Kong. Here they are on Google Play in increments of 200, 500, and 1000 Hong Kong dollars.

Just a few days ago, we saw Google expand the reach of Play Books to New Zealand and a handful of countries across Asia. Continuing its arduous march of international availability, Google today expanded Google Play Music and its All Access service to seven new countries. So, who's been added to the list of those able to jam out with Google's on-demand music streaming service/store? Here's the full list:

If you're in one of the above countries and have been waiting for Google's music service to open up, go listen to some music! No one likes to be last. The LG G2 was originally slated to become available online from T-Mobile on September 18th, nearly a week after competitors Verizon Wireless and AT&T were to start offering the handset. AT&T already jumped the gun when they started offering sales online a week ago, and now T-Mobile is offering the G2 at the same time as everyone else, at least online. 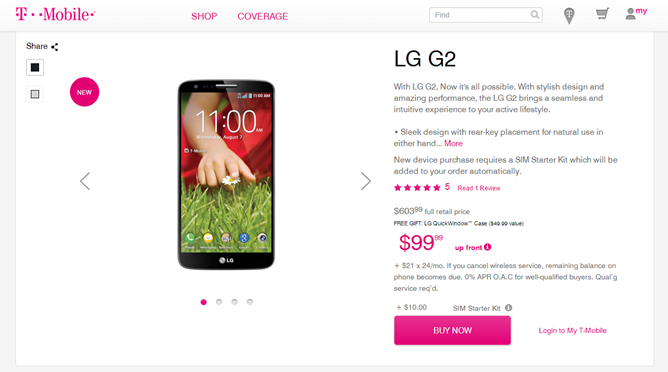 Unlike AT&T and Verizon Wireless, T-Mobile offers the G2 for $99.99 upfront.

The mini-fied HTC One, for those who may have forgotten, is a 4.3" device with a 720p resolution (that's ~340ppi), an 1800mAh battery, Snapdragon 400 dual-core processor at 1.4GHz, 16GB built-in storage, and 1GB of RAM. Though its screen and specs are downsized, the phone still carries some of the hardware - including front facing speakers and Ultrapixel camera - that made the HTC One a hit. 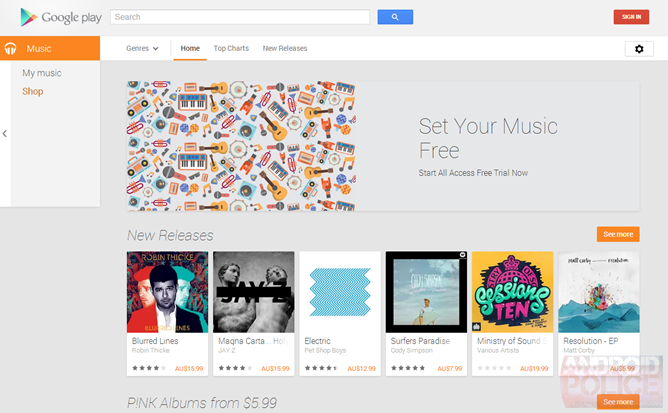 HTC's One, the phone that has people once again excited about the quietly brilliant Taiwanese manufacturer, went on sale around the middle of last month at AT&T, though at the time only its Glacial Silver variant was up for grabs.

The ZTE Blade III has been available outside of the UK since September of last year, but it's only just making its official appearance on British shores now, as a Virgin Media exclusive, for now at least.

The budget smartphone, which comes with a 4-inch capacitive display, 1GHz CPU, 512MB of RAM and 2.5GB of internal storage, is available for just £79.99 through Virgin Media on pay-as-you-go. If you'd prefer to be on a monthly contract, prices start at £18 for non-Virgin customers, whilst those who have an existing Virgin Media package can get it for £13 a month.