In India, things are a little more complicated. The new Chromecast and Chromecast Audio aren't available directly from the Google Store. 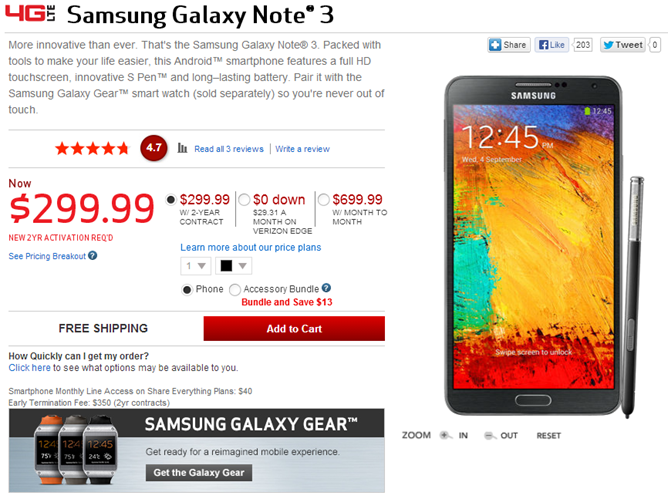 Say what you will about the Galaxy Note 3's ostentatious presentation, but you can't deny that it's a monster chunk of hardware.

There's also a "shortage" of Pebble Blue units, according to Samsung. Apparently, the "newly invented blue color and special hyperglaze material" is having some issues that causes a the unit to look splotchy beneath the surface. And it looks pretty bad.