U.S. FCC chairman Ajit Pai took to Twitter today, outlining a plan to auction a portion of the valuable so-called "C band" frequencies for 5G use. There's one potential hiccup: parts of that C-band spectrum are currently used by some satellite service providers to deliver media to ~120 million American subscribers, but Pai believes that a portion of the frequencies can be auctioned and repurposed to satisfy American thirst for data, while still preserving a solid chunk for satellite programming.

The rise of 5G is exciting, but taking full advantage of its potential is going to require carriers to expand their coverage into new parts of the RF spectrum. The FCC has been auctioning off the rights to some of these frequencies and has just completed the process for the 24GHz band while also announcing the winners of its 28GHz band auction. As was expected from the outset, AT&T, T-Mobile, and Verizon were the largest bidders and winners of the processes.

eBay isn't for everyone, but with such a steady stream of good deals on gadgets, there's a reason to have paid the site a visit lately. Welp, apparently the online auction block marketplace (eBay reached out to let us know they're not just an auction block, but a marketplace where the overwhelming majority of listings are buy it now or new, in case you were wondering!) has been hacked, and it's time for all users to change their passwords. This should be a preventative measure, as the company hasn't noticed any fraudulent activity on anyone's accounts just yet. Nevertheless, that doesn't mean your credentials aren't now resting on someone's computer waiting to be sold or exploited someday.

As long as you're not being scammed with fake cashier's checks, eBay can be a great resource to get goods on the cheap. The eBay app hasn't always been the easiest to use, but the new update brings some solid improvements and makes it much easier to post items for sale. 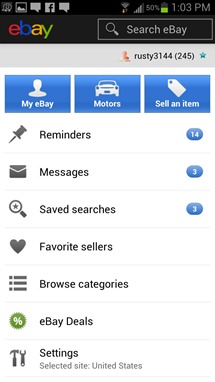 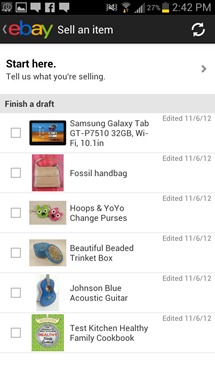 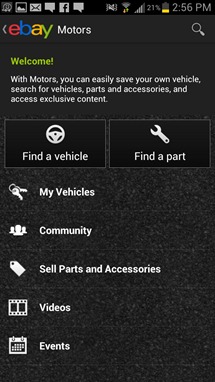 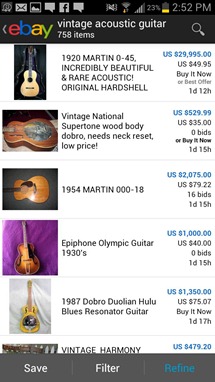 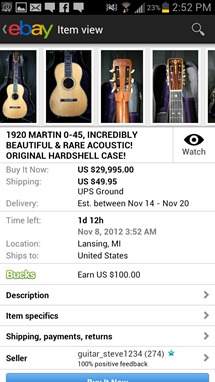 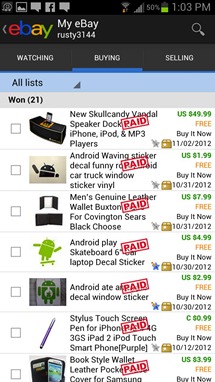 The eBay app now seems to have all the features you'd get on the website.

It looks like mobile device users in the UK can expect 4G services to begin rolling out a bit sooner than previously expected – six months sooner, to be specific.

The Wallstreet Journal reported Tuesday that the UK government has struck a deal with the UK's four largest mobile operators which will enable the auction of 4G mobile spectrum to begin at the end of 2012, with bidding beginning in early 2013.

The deal, which comes after rumblings that Vodafone and O2 were considering legal action against Everything Everywhere (EE) to stop it launching its own 4G service, was closed on by the Department for Culture, Media and Sport.

But before we get into the reasoning for this, let's talk history.

Back in 2008, the FCC auctioned off a block of the 700MHz wireless spectrum dubbed "Block C."