Today, we're partnering with AT&T on an exciting giveaway: a chance to win an LG G5, UE Roll 2, and a Tile locator device. Want to win this rather tempting bundle (UE Roll 2 pictured below, by the way)? Just use the Gleam widget below to get started.

Maybe you got LTE coverage a long time ago, but not everyone is so lucky. AT&T is still filling in the gaps in its LTE network, and is today adding 13 new markets and expanding a few more. Let's see if you're on the list. 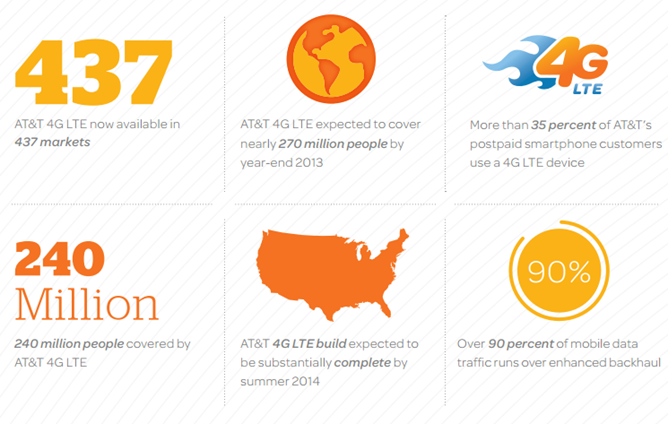 Another day, another set of LTE networks. That's how the old saying goes, right? Eh, it's something like that, and when we're talking about the mobile world, I'd say that's pretty damn accurate. Just five days ago, AT&T announced a handful of LTE Market updates and expansions - not to be outdone by Verizon's twofer this month, though, Big Blue has just upped the ante with another set of activations.

...and a few more expansions, too.

The LTE network should be live in all those areas today, so go outside and use it to celebrate.

While Google may not be entirely ready to commit to LTE as the network that its current line of Nexuses will run on, three of the big four carriers seem to boast what they're up to in that department pretty consistently. Today, it's AT&T.

The company has just announced that not only does its LTE network cover "more than 150 million people across the U.S.," but also that it's ahead of schedule and plans on adding around 100 million more people to that number by the end of 2013. And another 100 million by the end of 2014.

If you're in any of the above areas, congratulations - you can now "do more faster."

AT&T started rolling out its 4G LTE network in September of 2011, and it has slowly been lighting up more and more cities across the nation since then. Eleven new markets are seeing the LTE treatment from Ma Bell this morning, including a couple of cities that started to see some LTE action early last month: New York City Metro areas, Austin, TX; Chapel Hill and Charlotte, NC; Los Angeles, Oakland, San Francisco, San Diego, and San Jose, CA; Orlando, FL; and Phoenix, AZ, bringing the total number of cities under AT&T's LTE umbrella up to 26.

While it still may be behind Verizon's LTE network in terms of size, AT&T expects its LTE network to be "largely complete" by the end of 2013.

A couple of weeks ago the first photos of the HTC Holiday emerged, displaying its impressive hardware innards for the world to see. Now, BGR has landed some new photos of this up-and-coming device, which includes speed tests that show what AT&T's LTE network is capable of. Clocking an astounding 29Mbps, AT&T is looking to put the hurt on VZW's LTE network once it becomes more widespread.

Yes, a cotton swab is now an acceptable standard of measurement.

The hardware on this phone is nothing to scoff at either, as early reports revealed a 4.5-inch qHD display, 1.2GHz dual-core Snapdragon processor, 1GB RAM, 8MP and 1.3MP cameras, and Android 2.3.4.