You knew this day would come. An asteroid is hurtling towards Earth, but before you ready those nukes, your job isn't to deflect it - it's to guarantee that it doesn't miss. In Massteroid, players take control of said asteroid and try to grow it as big as possible to inflict maximum destruction. But if you've learned anything from late 90s disaster films, Earth isn't going down without a fight. You must dodge unguided missiles, satellites, targeted ordinances, mines, and - wait for it - black holes.

We've been fascinated with the Parrot ASTEROID ever since we first saw it at CES, but as the company has missed its Q2 deadline and let out nary a peep about the Android-powered car unit in the last seven months, we were starting to get concerned about our chances of seeing it hit the market. 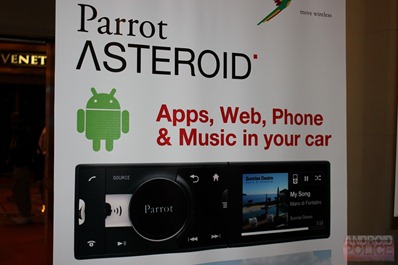 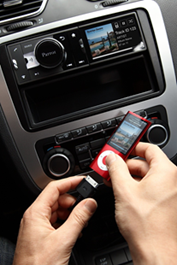 Fortunately, Parrot quenched our thirst for further information this morning - the AR.Drone manufacturer published an official press release, and the ASTEROID's availability is a mystery no more.

Last night at the CES Unveiled preview event, I got a chance to see a new product made by Parrot, called Asteroid.

Asteroid is a voice-activated, Android-powered car deck that replaces your existing single DIN car stereo. It has a small non-touch 3.2" color screen, runs on a specialized version of Android (the presenter didn't seem to know which Android version it was based on exactly), is capable of running custom Android apps (SDK for which is coming out later), and can accept a variety of inputs, such as your iPhone, iPod, USB storage, SD card (the left half detaches to reveal the SD slot), Bluetooth, 3.5mm jack, 3G and GPS dongles, and AM/FM/RDS.