Feed-addicted news junkies have another reason to hit that "Tap to update" button. Google appears to be testing a change to the fickle feature-foisting framework which provides expandable topics filled with more articles on a given news category, accessible via the labeled tags above each.

In line with their recent trend of developing for all platforms, Microsoft has quietly released a semi-private beta of a launcher app called Arrow. The early release sports an interface reminiscent of Aviate, but appears less devoted to contextual recommendations. While the current version is fairly basic, the big ideas may still be on the horizon. 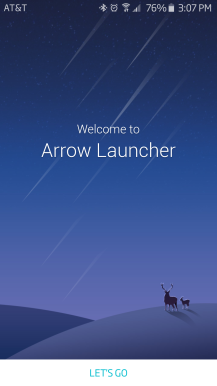 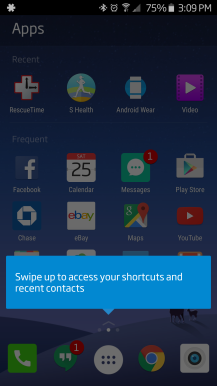 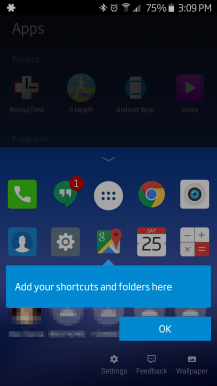 The first thing I noticed is that Arrow replaced the stock icons for system apps like Phone and Messages, which isn't in and of itself a bad thing but an unexpected behavior.

The main screen is divided into three sections. There is a row on top for recent apps, a larger area in the middle for frequently used apps, and the bottom row for user-selected quick access apps.

The issue with the new navigation drawer paradigm is that it has not been followed consistently by Google. It could be argued that Google implemented a placeholder drawer design in some places because the support libraries were not available, or to maintain fidelity with other drawers on pre-L systems since Android Lollipop is not actually released yet.

Today's tip is almost a necessity because I've seen so many of you looking and asking and complaining about having no cursor keys in Swype (us EVO 4G users absolutely need them - the phone has no trackball!).

So I am here to tell you that Swype actually does have cursor keys but they're hidden away in a secret menu behind a super-secret swipe. Well, not too secret but if you haven't looked through the manual, you are probably unaware of it.

How To Get Cursor/Arrow Keys On Swype

To get to the special menu, just swipe from the lower left button (the one with the letter 'i' and a squiggly) towards the button with 'SYM' on it.