You might not have heard of Sega's After Burner [sic] series if you don't frequent the arcade. It's one of Sega's oldest franchises, centered around flight simulations of fighter jets, though the games' arcade origins give them a more casual approach to the genre than, say, Ace Combat. (In fact, the games have always felt a lot like Space Harrier.) The last entry in the series, 2006's After Burner Climax, just touched down on the Play Store for a cool three bucks.

We told you it was coming today, and indeed here it is - Fruit Ninja, one of the most popular iOS games just entered the Android world, powered by OpenFeint.

You can download the game for $0.99 by clicking or scanning the barcode below: 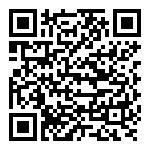 Read More
Update: Fruit Ninja is now available in the Market!
At the AppNation conference today, I got a chance to talk to Shainiel Deo, the CEO of Halfbrick, a company most known for its best selling iOS game Fruit Ninja.

Fruit Ninja is an addicting game in which you try to slash as many pieces of fruit thrown in the air as possible, getting bonus points for combo slices, while avoiding bombs at all costs.