The Amazon Appstore Android app was just updated to version 2.3, which finally raised the maximum application size that can be downloaded over a mobile connection from 20MB to 50MB - something we've been asking the company nonstop for over a year. I understand why they set the default to 20MB, but enforcing a max, especially on 4G (Sprint has unlimited 4G, for example) didn't make sense. After all, it's my data, I should be the one to decide how to use it.

To celebrate the launch of Google Play (and the death of the Market brand) and thank developers and Android users across the world, Google has launched a brand-new sale promotion for a number of features apps and games called "Play Our Favorites." 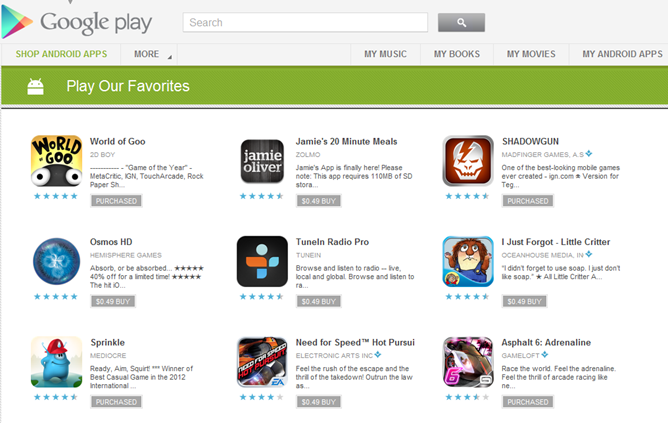 Here's a link (limited to certain countries only, sorry guys). So far, the included apps are:

Tomorrow, countless analysts and "experts" will weigh in on whether the move was a good one, hawking over Google's stock price like a cardiograph readout.

The Amazon Appstore is a great alternative to the Android Market. It's not perfect, however, and today the Appstore fixes a few of the most nagging problems. Not the least of which is those blasted app installation notifications. For those unaware, if you install an app on one device with the Amazon Appstore installed, you'll get a notification that you have a new app waiting on any others with the Appstore installed on. 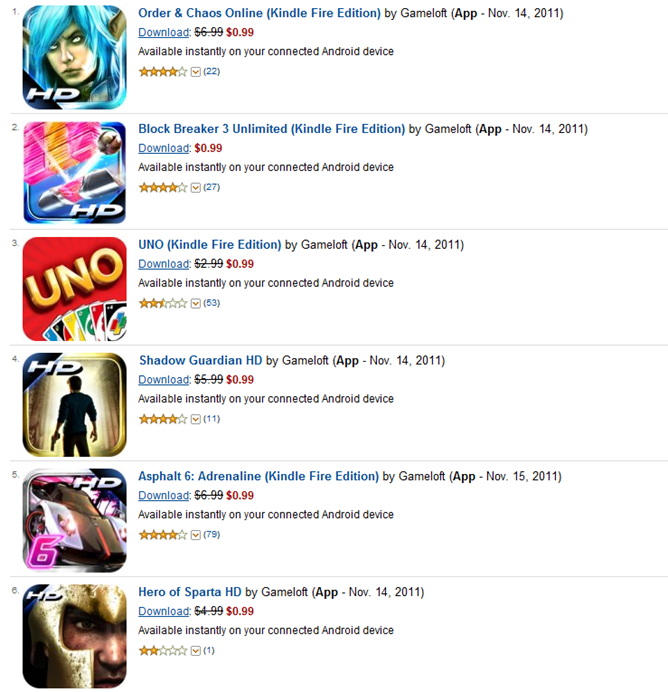 It sure seems that way, according to Android Guys. They claim competing eBook apps such as Kobo and Aldiko don't appear in search results when using the Amazon Appstore on a Kindle Fire tablet. Additionally, eBook reader developer BlueFire claims that while his app is listed as Kindle Fire-compatible on the Amazon Appstore, it too fails to show up in search results on the device.

We've not heard of many apps mysteriously not showing up in the Fire's app list (presumably Amazon had lots of time to work on ensuring most apps on its store would be compatible) for a lack of compatibility, so if this does turn out to be true, we can probably assume that Amazon made a conscious decision to keep competitors' apps out of the hands of users.

Amazon pushed an update to its Appstore today that brings a few new features, as well as a much sleeker interface. The theme is much easier on the eyes now, as the formerly-white app is now wearing a suit of gray with hints of orange, which matches the color scheme of the upcoming Kindle Fire perfectly. 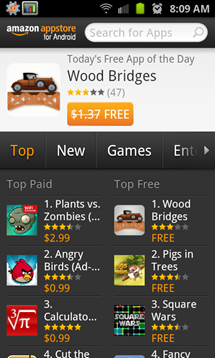 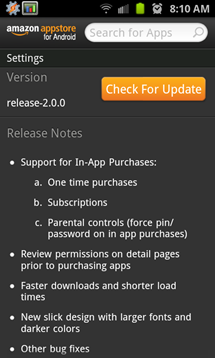 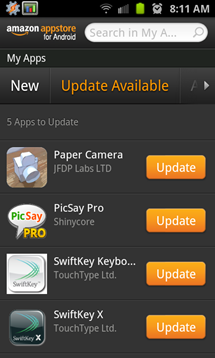 Aside from the change in appearance, the Appstore also has support for in-app purchases and parental controls now, as well as a page where you can check permissions before you purchase an app.

I don't usually post Amazon Appstore apps outside of our social media accounts, but today I felt compelled. There are a few options when it comes to office replacement apps that can read and write all your docs, presentations, and spreadsheets - most of them costing over $10. I've been eyeing OfficeSuite for a while, but never really bothered to try it out. 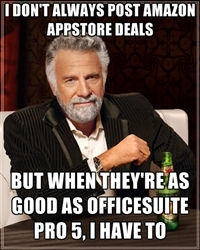 Well, I just did because OfficeSuite Pro 5 is free at the Amazon Appstore today, and after playing with it, I have to say it's the best office app for Android I've tried so far (at least based on my first impressions).

Read More
Update 2: Just like we expected, Amazon has pulled the plug on the Appstore's international availability. No reason was given, but we already knew that the global launch was unintentional in the first place, so it makes sense.

Of all the gripes surrounding the Amazon Appstore, its lack of international availability has been among the top since its release back in March of this year. However, we're starting to hear that Big A may have quietly unleashed its third-party Android market to several countries outside of the US.