When Android first came out, there were a lot of concerns about an open source OS. One of the biggest ones was, what if a company takes Android, strips everything Google out of it, and builds an entirely new platform on top of it? Well, Amazon seems dead set on making sure we know what that's like. The company has already built its own Appstore, content delivery services, and closed hardware on top of Google's baby.

Verizon's LG Intuition has long been an awkward kid at the lunch table. With a 5" display at 4:3 resolution, it's had a difficult time being accepted, much less competing. Even so, it has not been completely forgotten – Verizon is preparing to roll out a maintenance update to the device that will remove the Color and V Cast apps, fix some assorted bugs, and should improve speakerphone quality. There is one curious detail to this update, it also adds the Amazon Appstore.

As part of the company's continued international expansion efforts, Amazon is now announcing that its Appstore is available in Japanese markets. Not a moment too soon, either, as in a couple of weeks, the Kindle Fire HD family will start selling in Japan (December 16th). Without an app market, it would be an even harder sell than a not-quite-Android tablet is now. 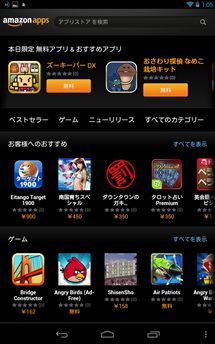 The Appstore will be bringing paid apps (good news, developers!)

Were you hoping to score some sweet new games this holiday season? Gameloft's got you covered. For its Black Friday sale, the developer will be offering several of its wares for just $0.99. Among the titles in the promotion are The Amazing Spider-Man, Gangstar Rio: City Of Saints, Backstab, and The Adventures Of TinTin.

If you happen to have a Kindle Fire of some kind, you can still get in on the action via the Amazon Appstore with Kindle Tablet editions of Backstab HD, The Amazing Spider-Man, and N.O.V.A.

Amazon, in an effort to continue expanding its services globally, announced today that its Android app distribution service, the Amazon Appstore, is heading for Japan.

The shopping and media giant is now inviting developers to submit their apps and games for distribution in Japan, giving them the chance to participate in a new market with Amazon and "expand their business." Jim Adkins, VP of the Appstore, explained:

Opening our portal to app and game developers looking to reach Japanese customers is an important milestone as we strive to serve consumers and developers globally.

Attention gearheads, the app you've been waiting for has arrived. It's clear right off the starting line that Top Gear: Stunt School Revolution is a driving game unlike the competition. This app was previously an iOS exclusive, but it's not in Google Play just yet. As of now, Android users will have to go to Amazon's Appstore to pick it up, but it's free. 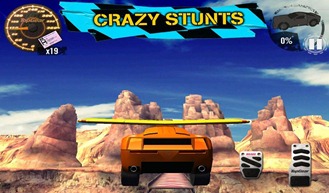 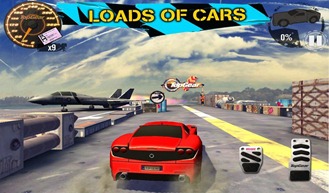 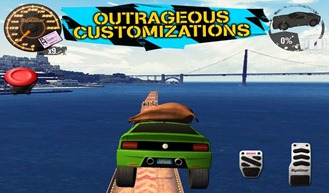 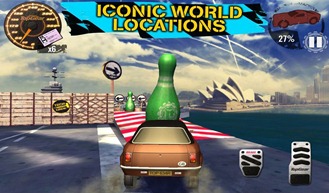 The new Top Gear game borrows the supercar vibe from the popular BBC TV show by placing you in interesting locations to pull off stunts and drive like mad.

Well, this is sure to be an upset to the market. Amazon is going to allow developers the ability to offer in-app purchases to consumers for physical items that will be shipped to their homes. It's a little unclear yet if it will be limited to developers with products already on Amazon's website, or if Amazon will merely facilitate the transfer of shipping information. Could developers include in-app purchases of a physical product that they will handle distribution of themselves?

It's not just European markets that are getting some Amazon-related goodies today. The Appstore has been updated to version 4.0 (technically, version 4.0.634.0, but who's counting right?) and brings with it an improved UI, the ability to remove items from the My Apps section and, perhaps most importantly to Artem, a fix for a major battery drain bug. All good news! 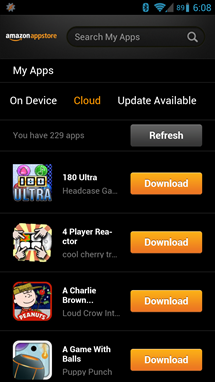 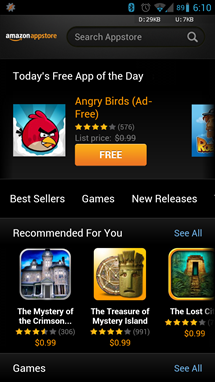 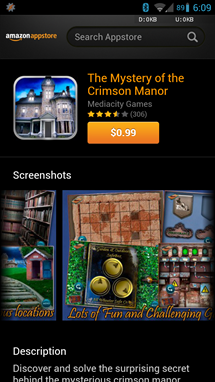 The new UI doesn't look too much different from the old version, aside from getting rid of a lot of the white, opting instead for the darker theme that's more in line with the Kindle Fire UI.