After years of dancing around one another, the monumental legal fight between Apple and Qualcomm final came to a head on Monday as the trial itself began. The culmination of over three years of planning and potentially billions of dollars of damages, this courtroom showdown was set to be the drama of the year, but before it's even really started, it's already over. Apple and Qualcomm have reached a settlement, dropping all ongoing litigation.

Some of you may remember the suit Apple brought against Qualcomm back in January. In it Apple alleged that Qualcomm was withholding around $1 billion from Apple in retaliation for their cooperation with Korean authorities during an anti-trust investigation (another similar suit in the US with the FTC is ongoing) in addition to failing to adhere to FRAND licensing (fair, reasonable, and non-discriminatory). Well, Qualcomm's had some time to think about it. Judge Koh ruled that no jury misconduct occurred during the Apple v. Samsung trial, and that she would refuse to entertain the issue further. The judge will not even hold an evidentiary hearing on the matter, meaning Samsung failed in even at the most basic level in arguing its case for a new trial on account of Vel Hogan's alleged biases. This issue can be appealed, but the bar for overturning a post-trial motion for a new trial on the grounds of juror misconduct is abuse of judicial discretion - meaning you can probably consider this issue dead and buried. 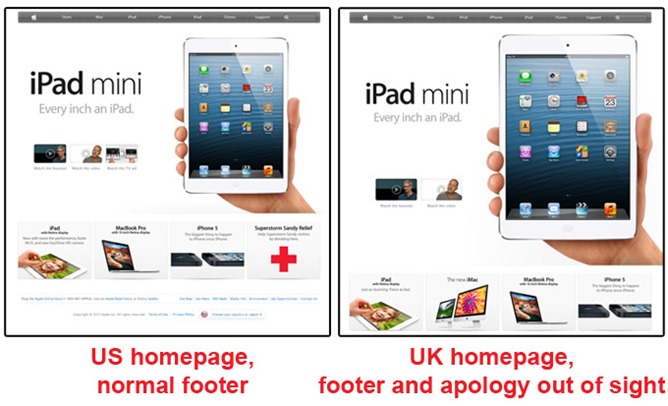 By now you've probably seen Apple's original apology to Samsung, ordered by the UK court to punish the company's assertion that Samsung wholly copied the iPad design. And you've seen the rewritten apology that the court forced Apple to post, after finding the original (which included statements that US and German courts found otherwise) somewhat lacking.

The design patents are the damages headliners because only design patents offer the option of seeking unjust enrichment as a remedy (there are various and good reasons for this).