It's not every day that I shoot videos of Android games (in fact, this is my first one ever) but when I saw EVAC HD hit the Market yesterday, I felt the need to do it. It wasn't even the graphics, which, by the way, are awesome, it wasn't the gameplay, which is also good - it was the music and the sounds that captivated me. I have only one way to describe them - "magical".

Thanks to @maxisma, AndroidSpin found that Call of Duty: Modern Warfare - Force Recon is now available for download via GetJar. The good news: it looks pretty damn fun - it's reminiscent of PaperBoy, but with a lot more shooting and blood. But there's bad news, as well: before you get too excited, you should know that there's a decent chance your device may not be supported. I haven't looked at the supported devices list thoroughly (it's long, I'm lazy), but it looks like you need a trackball to play.

Read More
Update: Thanks to commenter Xcom923 (below), I rebooted my phone and have it working! It's freakin' awesome!

For those who are unable to watch the video or who are unfamiliar with WebOS, it's basically a "card" system - similar to CoverFlow (but with a customizable style). 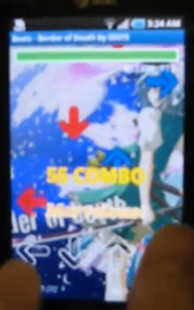 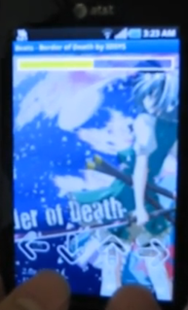 Have I gotten a treat for you music lovers? Winamp, the very first good music player for Windows - and one I still use religiously to this day - hit the Android Marketplace today, largely unnoticed in the Androidosphere.

It's still in Beta, but after using it for 15 minutes, I was so impressed that I set it as my default player and uninstalled the others. Let me tell you why, in the order of importance.

Google is on a serious roll lately - after releasing standalone Gmail, Maps, Navigation, Street View, and Car Home apps, today the company continued to decouple its applications from the core of the Android OS with the release of the standalone YouTube app.

Not only is the app now updateable using the Market, which means we'll get updates faster and without requiring OTAs, but it also comes with a shiny new UI, ability to vote, view and leave comments, and play videos in portrait mode.

Ever wondered how much RAM is available on your phone? What about the internal storage space available? Or the precise signal strength? If you answered yes to any of these questions, System Info Widget may be the perfect widget for you and your inner geek. 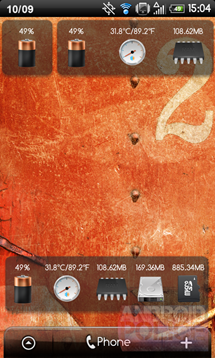 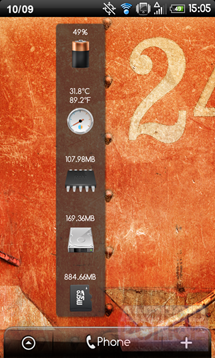 What you're looking at above are the four widgets Jason Calhoun, the developer of the System Info Widget, gives you out of the gate.