CNN is not the only news organization with a tablet-optimized Honeycomb app - USA Today today (ooh, 2x "today"s in a row, it must be your lucky day) jumped on the same bandwagon with their own take on what a tablet news app should be like. News, Money, Sports, Life, Tech, Travel, Photos, and Weather sections are available, and... well, there is not much else to say about this - it's a news app on a larger screen.

If you remember, during Google's Honeycomb showcase in the beginning of the month, one of the tablet-optimized apps demoed was made by CNN. Considering CNN is one of the Honeycomb/XOOM launch partners, the new app showed up in the Market like clockwork for an easily digestible price of free. For those who need a refresher, here's the video from the presentation again:

The CNN app features a swipable navigation bar on the left-hand side and a grid story layout on the right side.

The first fruit of Lookout Labs' labor is a brilliantly simple yet very useful app called Plan B.

Ever heard of MenuPages? I hadn't until today, but I guess I live in a cardboard box. The popular website now offers an Android app for your convenience - but what's MenuPage's big feature when competing against the likes of UrbanSpoon and Yelp? You may have guessed it has something to do with menus. 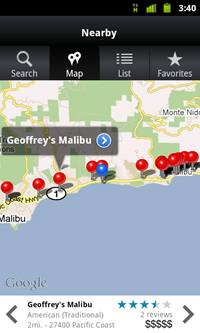 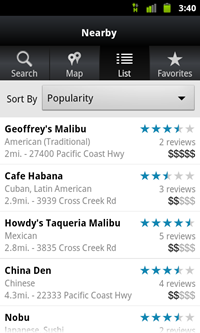 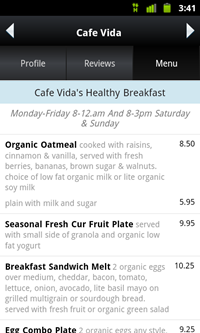 MenuPages indexes the (wait for it, it's mind-blowing) menu contents of any restaurant their service lists, meaning you can search by the exact food you want, as opposed to browsing through broad genres of cuisine.

Anti-virus and anti-malware products by Kaspersky Lab are known as some of the best computer protection solutions for your desktop and notebook, and today the company announced availability of Kaspersky Mobile Security for Android.

The features of Mobile Security include:

The app can be downloaded from Kaspersky's servers and isn't available directly from the Android Market.

So, as you can see, I'm quite excited about AirAttack HD. Now multiply it by 10, and you'll get to the level of my fascination about how polished everything is in this game. Created by Art In Games, AirAttack HD came to Android a few days ago without much fanfare, but didn't have any trouble reserving a spot in our weekly roundup.

However, it wasn't until an hour ago that I finally got to try it out, and let me tell you, every single little thing about this game is top notch.

Read More
This is the newest in our Weekend Poll series. For last week's, see Is The Nokia/Microsoft Alliance A Threat To Android?

A few days ago, we posted a rundown of the details found on the Amazon Appstore Developer Blog, and noted that the store will be very controlled compared to the nearly anarchistic Android Market:

On a subjective note, after reading through the details, I can’t help but wonder if Amazon is just going about it better than Google.

I don't use Twidroyd, so I have no idea what any of this is all about aside from the trademark infringement issue.