When most of us think about Facebook, open source software probably isn't the first thing that jumps to mind. As it turns out, the social media titan has quite a few public contributions that we rarely hear about. Since Facebook went native, Android development has become a high priority within the company. Among the many pleasant results of this shift, some of the internal tools may find their way into the public domain.

While the new build system is still in very early stages (just reaching build 0.1 today) and not yet ready to build ship-able apps, it's already proving useful.

This message is brought to you by the Anti-Lizard Society who would like to remind all lizards that squashing virtual ants on their smartphones is a much better substitute for real-life violence and would like to donate a number of Android device to the annual Ant Squashing competition. 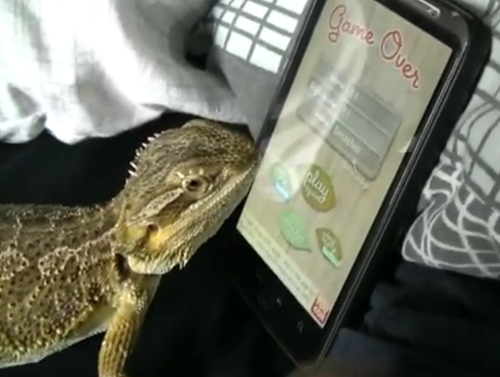 If there's one thing we still don't know for sure about the Toshiba Android tablet, it's its name. At this year's CES, when the product was first announced and demoed, Toshiba refused to give up the name, simply referring to it as "the unnamed Toshiba tablet." The company then followed up with the site named just TheToshibaTablet.com, leaving us guessing and puzzled as to why it takes months to give a gadget a name.

The impossible has happened: thanks to a new software update, the Xperia X10's Internet and Maps applications are finally multitouch-capable. And as if that weren't exciting enough for X10 owners, the update also introduces support for bi-directional languages (i.e. Arabic, Farsi, Thai, and Hebrew) - a nice addition, though definitely not as high up on most users' wish lists as a version of Android more recent than 2.1 (or 1.6, if you're using AT&T's edition of the device).