The latter has an update coming next week, dubbed Beach Volley, that will bring about several new levels, but this time the setting is a beach, and you won't be killing pigs or freeing birds. 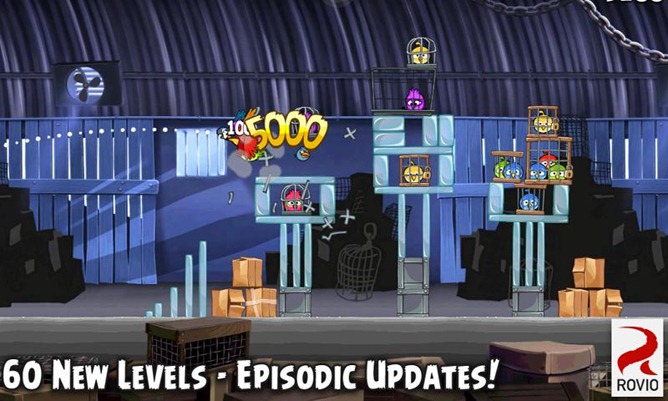 Once available exclusively in the Amazon Appstore, Angry Birds Rio features 60 all-new levels, hidden achievements, a boss battle, and much more. To add to that, Rovio has announced that there would be episodic updates all throughout 2011.

A video of Ville Heijari, a Rovio "Bird Whisperer" (aka representative), showing off the gameplay of the upcoming Angry Birds Rio popped up on YouTube this morning. While the gameplay looks like much of the same kamikaze fowl-smashing action we have come to know and love, there are a few new additions. The evil pigs and stolen eggs are gone, animal poachers are in, and you now have boss fights.

The Rovio employee described the upcoming game as featuring "no eggs, no pigs, but just pure anger." He promises many episodes lined up for 2011, inferring that the game will be continuously updated with new levels.