Samsung's upcoming Galaxy Watch 3 has been leaking like crazy recently. It first went through the FCC back in May, and then a report claimed that Samsung would announce the watch at an event in July. And now it looks like we're getting some even more specific confirmation of that announcement date thanks to a leaked product render. So far, you've chosen your Wear OS watch, and you've started to gather vital health metrics. While those are critical steps, having a ton of information at your fingertips is only useful if you understand what it means. In the third installment of How to Get Fit with Android and Wear OS, we're diving into your data and deciphering how it reflects on your overall health. In the first installment of how to get fit with Android and Wear OS, we discussed the specs any good fitness-oriented Wear OS watch should have, plus we recommended some of our favorite models. In part two, we’re diving deep into the various types of apps that you will use to track metrics, establish good habits, and stay on top of your goals. Every year, there are two resolutions that top lists all around the globe: get fit and lead a healthier lifestyle. Unfortunately, without the proper motivation and guidance, these resolutions can often fizzle by right around now in mid-March, leaving plenty of expectant do-gooders with no viable way forward. To help you stay on track, we’re launching a limited series that will show you how to get physically and mentally fit with just an Android phone and a Wear OS smartwatch. If you're in the market for an affordable smartwatch that still packs a punch, eBay might have the product you've been waiting for. Originally listed at $380, a refurbished Samsung Galaxy Watch (42MM) SM-R815 with GPS and LTE capabilities is currently discounted to the low price of $170. One of the great things about being an Android user is that there are plenty of good smartwatch options to match any style and preference. If you want the best Wear OS watch on the market, though, there is only one that we'd recommend above all the rest. For a limited time, you can pick up a brand new Fossil Gen 5 smartwatch for only $172 ($123 off) at Amazon. When you hear the word ”smartwatch,” the last name that probably comes to mind is PUMA. Despite all other major athletic brands having thrown their weight behind wearable tech — like the Under Armour Samsung Galaxy Watch, Nike Apple Watch, and Adidas Fitbit Ionic — PUMA has remained out of the wearables race… that is until the PUMA Smartwatch made its debut at IFA 2019 as the newest Fossil partner. I’ve been wearing the PUMA-branded Wear OS device for the last two weeks, and there are some things you should know before strapping one around your wrist. 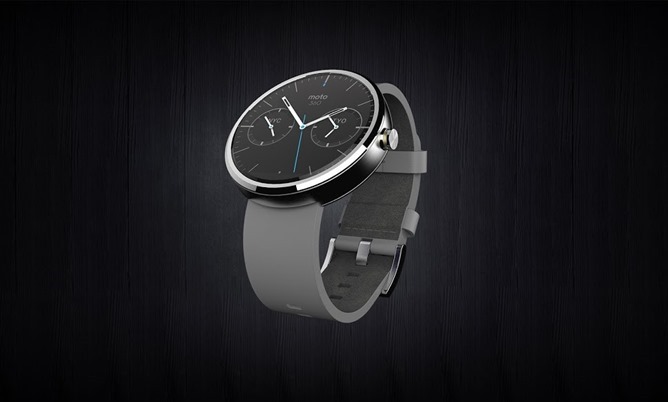 Motorola's upcoming 360 is undoubtedly the most striking smartwatch design we've ever seen. There simply isn't any arguing around it.