Android has changed quite a bit since its original release in 2008 on the HTC Dream, but reminders of the platform's early days are still hanging around. For example, the Play Store listing for the Android Market — the precursor to the Play Store itself — is still live. Earlier today, while distracted by a YouTube video doing some article research, I started watching Stephen Colbert's interview at Google with Eric Schmidt. It's pretty great, and you should definitely watch the whole hour - seeing Colbert out of character (and talking about that character) on video for so long is a rarity. He's a really smart guy, and hilarious, to boot.

But during that interview, early on, I caught something that really resonated with me. Let me show you, so you can see what I'm talking about (if the time code doesn't work for you, go to 8:10 into the interview).

Earlier today, Google announced a slew of new content for the Play Store, including magazines, TV shows, and the ability to purchase movies. New content is great, but there's a problem: the new Play Store isn't yet available on devices other than the Nexus 7 and I/O Galaxy Nexus (post-Jelly Bean update).

As always, though, those crafty devils over at XDA have yanked the newest version of the Play Store from one of the aforementioned devices and made it available to the world. Simply download and install it like any normal apk to start enjoying all the hyper-fresh content you can eat.

Tomorrow, countless analysts and "experts" will weigh in on whether the move was a good one, hawking over Google's stock price like a cardiograph readout. Some will say it was terrible - what was Google thinking abandoning the Android branding of their content hub?

The Android Market hit a milestone over the holiday weekend - it now contains over 400,000 apps, putting it only 100,000 apps behind Apple's App Store in terms of sheer quantity. What's even more impressive, though, is that the Market is now the largest store in the world for free apps, with a whopping 68 percent of its collection available sans price tag. 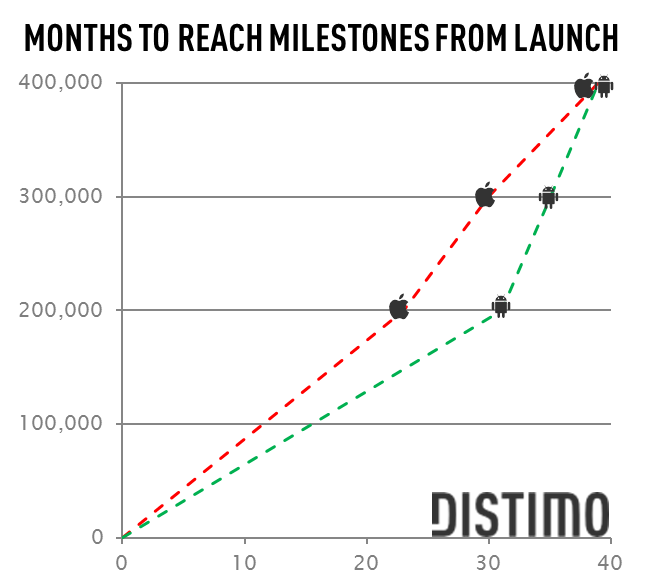 Sure, that is great for consumers, but there's no denying the dark side of free software: it generates less revenue than its paid counterpart. While 65% of the Android Market's revenue comes from apps using the freemium model, the App Store generates four times the income of the Android Market, as less than half of its available apps are free.

Tired of your lackluster music collection? El Goog is here to you help you remedy that with a huge sale on millions of tracks for just $0.49 in the Android Market. Buying single tracks not your style? No worries, most albums are going for a mere $4.99, too.

I searched through the Market for a few of my favorite artists - some popular, some obscure - just to see if I could find something going for more than $0.49 per track or $4.99 per album. What did I come up with? Nada. Everything I looked up had the same mega-low price tag.

If you've been checking out what the Android Market has to offer during it's "10 Billion" promotion, then you've probably had some difficulty in getting the apps you desire. Today, many users experienced error messages and cancelled orders as the market groaned trying to support the insane amount of traffic pouring in to snatch up some tasty 10 cent treats. Be grateful if you managed to grab the ones you wanted, because many were not so lucky. However, if you happened to receive a cancelled order, you should be seeing an email soon from good ole Google letting you know how to get the apps you wanted.

YouMail, a popular (and free) visual voice mail solution, mysteriously disappeared from the Android Market today. In an email notification, the makers of YouMail were informed that the app was pulled due to a complaint from T-Mobile that the app was causing "adverse network disruption."