If you've got an unlocked/international version of HTC's One M8, you might be wondering when your next Android update is coming. According to HTC Vice President of Management Mo Versi, the answer is "late next week." The company is planning an update to Android 4.4.3.

Android's screen casting feature lets people cast all the things, but it doesn't let them cast to all the things. No, Google will officially send media out to a Chromecast, but for other things, that's where third-party apps come in. One of the better options, LocalCast, has jumped up to a new version that brings the app up-to-date with the next release of Android (since L isn't actually out yet, would that make this before-to-date...up-to-early...ahead-of-date?).

There comes a point many, many months after the release of a new version of Android where devoted users just can't quash the desire to get their hands on an even newer version. A preview of Android L is already available for download, but unless you are willing to flash your device and put up with any number of potential bugs, I wouldn't recommend installing it on a phone you actually need to use.

Android L is going to be the biggest thing to happen to the platform since at least 2.0 – maybe even ever. Google is radically altering its design language and adding a ton of new features this time. Not only did we get a quick tour of the new OS at Google I/O a few weeks ago, Mountain View released a developer preview, which it's never done before. This is truly a new era for Android, and we've been keeping track of every little detail (some might say obsessively).

Android is really turning into a jack of all trades, having become the OS of choice for phones, tablets, face computers, and now wristwatches. The combination of flexibility, open source code, and low cost of entry make it a prime candidate for countless utilitarian purposes. With the upcoming release of Android L, Google is aiming to make it even easier to deploy highly specialized environments with a new feature called Task Locking that allows a single app to take control of the interface and prevent users from switching apps or even seeing notifications.

Android L still has a few tricks up its sleeve – specifically, in the Status menu. If you go to the About section of settings and tap on Status, Android L allows you to copy any of the values listed there with a long-press. Neat. 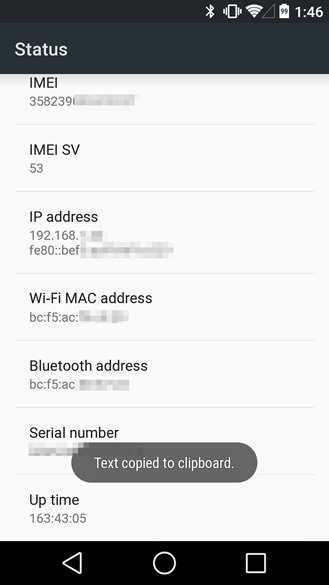 Google has only posted official images of the Android L developer preview for the WiFi Nexus 7 and the Nexus 5, but Nexus 4 users want a piece of the action too. That's why folks on XDA have been burning the midnight oil to get Android L running on last year's Nexus. Beta 2 of the N4 port is now up, and it seems to have resolved the showstopper bugs from the first one.

Back in KitKat, we were introduced to translucent system bars, which gave app developers the ability to make the navigation and status bars semi-transparent. Reclaiming as much of the screen as possible became an obsession for many fans as they demanded their favorite apps go "full bleed." With Android L, Google is treating us to even more flexibility by allowing developers to set their own color for the status bar, or even turning it completely transparent.

Android L is overflowing with new features and clever little tweaks, but none of that will be official until later this year. Not wanting to wait around, the CM folks have already borrowed (or "kanged" if you must) a feature from Android L. In the 0701 nightly builds, there is now a handy universal settings search button. 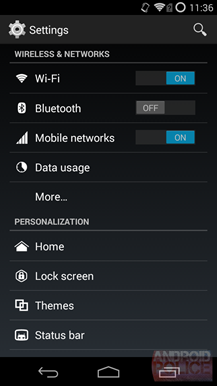 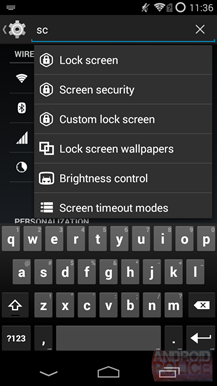 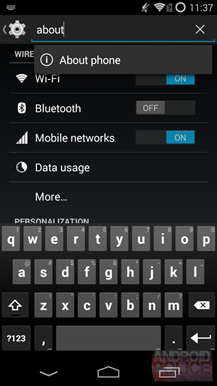