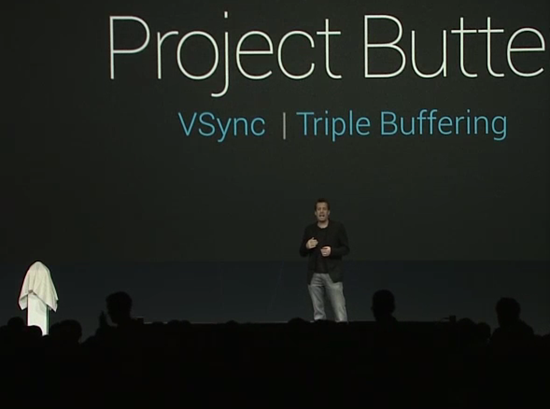 The first announcement was Project Butter, a new processing framework for Android that should make it run much, much faster - up to 60fps, in fact. The CPU and graphics will now work together in harmony, with the latter being triple-buffered, meaning things like scrolling and transitions should be noticeably faster. 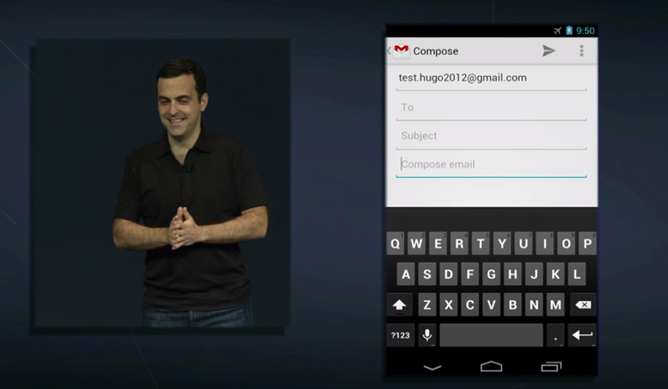 There's also going to be improved voice input, including support for offline voice-to-text, which should be exciting. Speaking of input, there's now going to be 18 more input languages, from Hebrew to improved Arabic support.