Now that Android Studio is faring quite well for its core necessities, the tools team is tackling some of the bigger challenges. A couple of weeks ago, they featured a new ability to deploy a limited set of changes to apps without fully restarting them. This week they're shooting to take on one of the longest and most requested items on the list: a faster and more useful emulator.

The biggest boost to speed can be seen while running Android 6.0 on the new emulator. This comes from newly added support for Symmetric Multi-Processing (SMP), which allows the emulator to take full advantage of multiple processor cores on a computer.

If you couldn't make it to Google I/O, and thus couldn't get one of the first Android TV units as part of the developer swag, you can still start developing your apps for the platform's retail debut later in 2014. Google has included Android TV modules in the official Android SDK, underneath the Android L (API 20) package. That includes an emulator specifically for TV, so you should be able to build and test apps without any extra hardware. There was a similar emulator for Google TV. 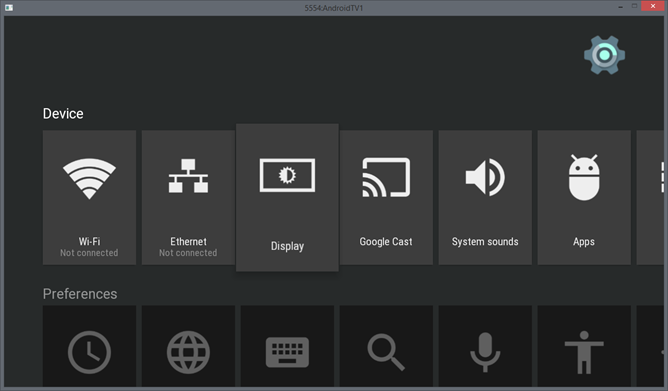 That being said, an emulator usually isn't an ideal solution, since it will almost certainly be slower than the ADT-1 developer hardware.

The Tesla line of electric vehicles are marvels of modern transportation technology, but they also come with a healthy does of consumer tech. Tesla's Model S comes with an advanced 17-inch touchscreen dashboard system running on Linux. When CEO Elon Musk was asked recently if app developers would get to play in the Tesla ecosystem, he had a surprising response. Apparently, the future of Tesla could include Android.

Tesla's first order of business is to finish the localization work that will make the software functional around the world, but after that he sees the car's browser being moved to Chrome. Knowing that Android development is booming, the company is considering ways to port Android apps to the car on Linux using the Qt application framework.